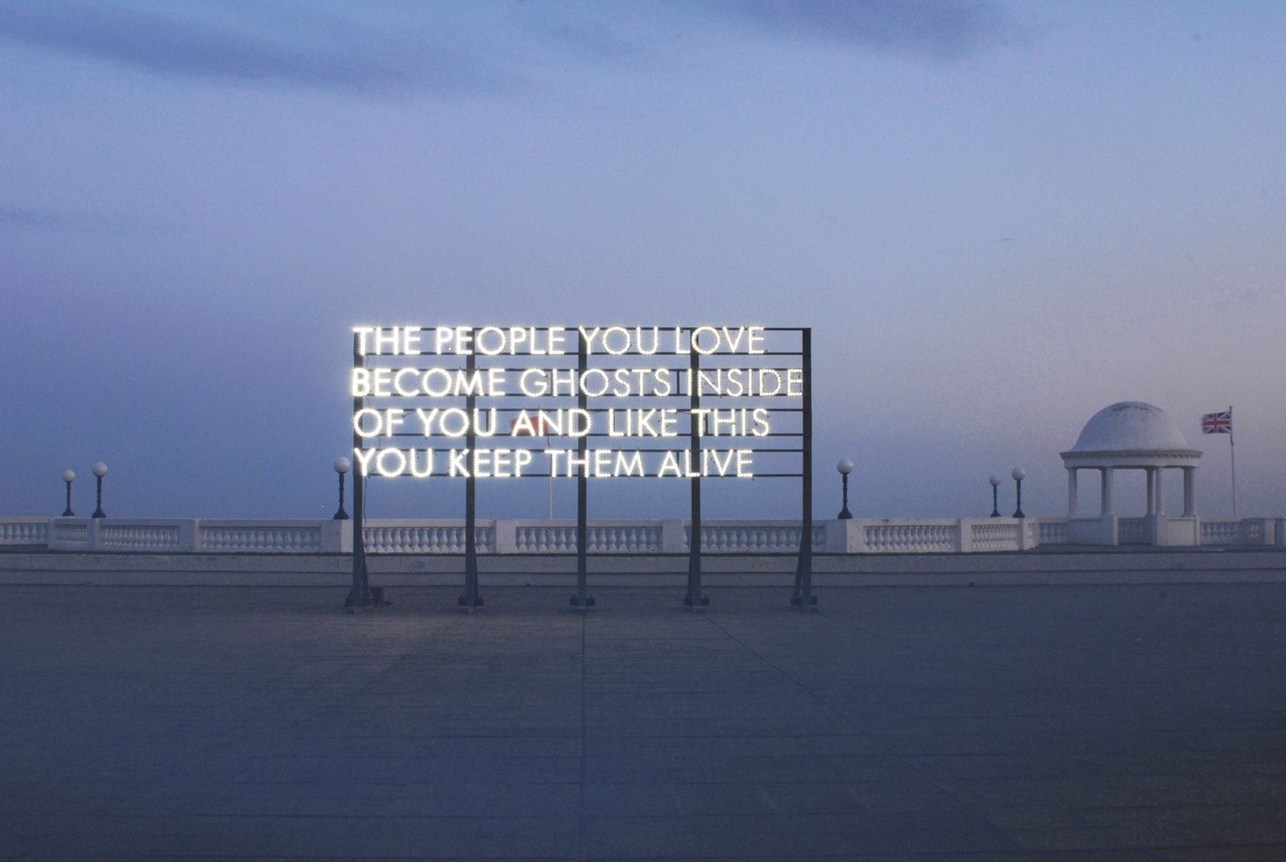 The Scottish-born artist Robert Montgomery has a way with words, writing poems that send powerful messages and using techniques like lights and fire to engrain them into the memory. Unlike many artists, he belongs to no category, breaking the molds of artistic labels through his creative displays. Some have called him a street vandal, a street artist, a “text-art” Banksy, and more, with none of the titles suited for his unique art form. Blending light and paper with public backgrounds, the artist engages with the audience, which is the sole reason his work has made its way around the world, with those hit by the words posting selfies on social media. These displays of public poetry have been scattered throughout the streets of London for all to see, some on giant billboards or the back of old trucks in black and white. This form of display has gotten him run-ins with the law; however, the artist sees no harm in spreading the power of the written word, defending every street art exhibition with the statement, “I think most people wouldn’t be averse to having a poem at the end of street instead of another Diet Coke ad.” His style has kept him outside of the four walls of art galleries, with each art exhibition strategically placed among crowded areas for people from all walks of life to encounter. Many of his poems are written with themes of love, social justice, and equality, creating a piece of art connected with the community that is exposed to his work. The words seem to be forever imprinted in the brain, featuring powerful quotes glowing neon or lit on fire and left to burn for the duration of the display. Those who are fans of the artist have even gone as far as tattooing Montgomery’s words on their bodies, using them as one would use a mantra to remind them daily of the power of the written word. Joining several other artists who have featured art exhibitions at JD Malat Gallery, the artist couldn’t be happier, raving about the powerful creators who have decorated the walls before him. Robert Montgomery’s art exhibition will be set for one month, starting in October and ending in November, giving both fans and poetry lovers a chance to walk through a strategically built world of words. These beautifully written verses will light up the famous walls of London’s JD Malat Gallery at the art exhibition “Shiny Colourful Amusements for the Walls of the Bourgeoisie,” the artist’s attempt to add tenderness to a society that seems so ravenous and vicious nowadays.