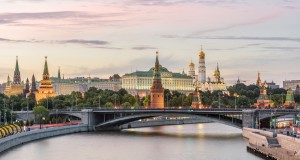 Among the abundance of aspiring cultural events announced in Moscow this fall, do not miss the opportunity to visit World Art Road Show that will take place at Moscow Winzavod on September 6-8, 2019. It is a truly meaningful international art ...

END_OF_DOCUMENT_TOKEN_TO_BE_REPLACED

August 20, 2019 Comments Off on Tata Khachatryan – Aspiring Russian Actress You Should Know 764 Views 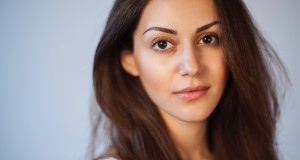 Cinema and theater are an integral part of any nation’s culture. A sheer interest in the history of performing arts, film direction, as well as the relevance of acting and dramaturgy, never fades in the hearts of true art connoisseurs. ...

END_OF_DOCUMENT_TOKEN_TO_BE_REPLACED

Evgeniya Maltseva: Figurative Expressionism with a Touch of Mystery

May 13, 2019 Comments Off on Evgeniya Maltseva: Figurative Expressionism with a Touch of Mystery 776 Views 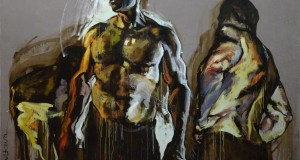 Russian contemporary art has lots of movements and many talented artists whose names have already become known throughout the world. Evgeniya Maltseva is among those painters who have won universal acclaim. If you haven’t seen any of her works yet, ...

END_OF_DOCUMENT_TOKEN_TO_BE_REPLACED 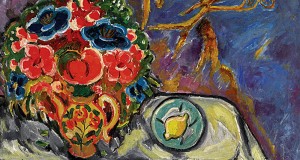 Sotheby’s exhibits two dozen artworks in the Ruin Wing of the Schusev Museum of Architecture. These are paintings (including one sanguine drawing) from three Sotheby’s auctions to be held in New York and London within the next three months. Most ...

END_OF_DOCUMENT_TOKEN_TO_BE_REPLACED 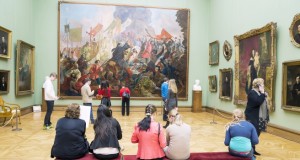 What is the first thing that comes to mind when you think of Russian art? Matryoshka dolls? Or maybe very distinctive onion-domed church architecture? These are perhaps the most popular examples, but the truth is that Russian art is much ...