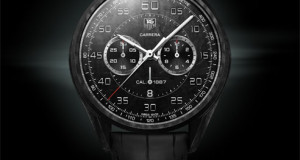 It was in the year 1963 that TAG Heuer came up with the Carrera collection of watches for the very first time. It was aimed at the professional race car drivers who scorch the tracks at extremely high speeds, and their ardent fans who cheered them on all throughout the turbulent roads and turns that faced them until they saw the coveted checkered flags at the finishing point. This year, they are celebrating the 50th birthday of the collection.

END_OF_DOCUMENT_TOKEN_TO_BE_REPLACED 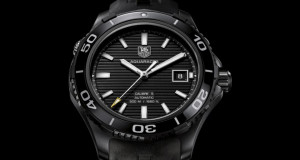 The Aquaracer collection of watches is an integral part of Tag Heuer and their luxury creations for divers. As is part of their name, they can withstand water pressure up to a depth of 500 meters. In the year 2010, the high end watch maker came out with their robust PVD diver watch with the name Aquaracer Full Black.

END_OF_DOCUMENT_TOKEN_TO_BE_REPLACED 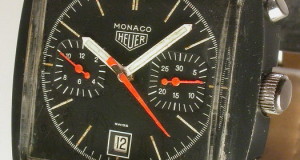 Many watch lovers have their own fantasies about the potential watches that they expect from their favorite brands. Day dreaming is a pastime practiced by many among us, and we never give it any serious thoughts as to make them in to a reality. Here is a story of a man who made the dream alterations to his favorite brand of watch in a successful manner. Joe Ganzler provided homage to a Heuer Monaco 74033N PVD.

END_OF_DOCUMENT_TOKEN_TO_BE_REPLACED 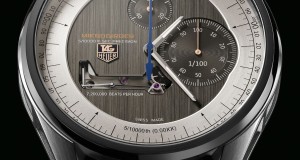 The 12th Grand Prix d’Horlogerie de Genève was held recently, and TAG Heuer took home the grand prize. The top award at the competition is the “Aiguille d’Or” (“Golden Needle”), and the watch that won it for TAG Heuer might represent a new age in the world of watchmaking.

END_OF_DOCUMENT_TOKEN_TO_BE_REPLACED 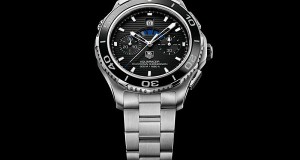 Among the ceramic 500m chronographs available from Tag Heuer, the countdown chronograph is one of the first ones of its kind. Most people use the term ‘regatta’ to denote the ‘countdown’ function. This is not the first time Tag Heuer is seen incorporating this function in to their watches. You must have seen the watches that feature this feature from the very same luxury watchmaker

END_OF_DOCUMENT_TOKEN_TO_BE_REPLACED 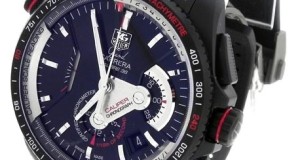 Tag Heuer has been a proud associate of Vodafone McLaren Mercedes as their official watch as well as official time keeper. They were able to record the fastest recorded pitstop in the history of formula 1 racing.