Re-Emerge: A Remarkable Collection of Artworks by Buhle Nkalashe

The diversity of African art is impressive. It is a whole world that is still a vast space of discovery. In this blog post, let’s take a closer look at contemporary African art, particularly the work of the talented South African artist Buhle Nkalashe and his remarkable collection of artworks, titled “Re-emerge.” 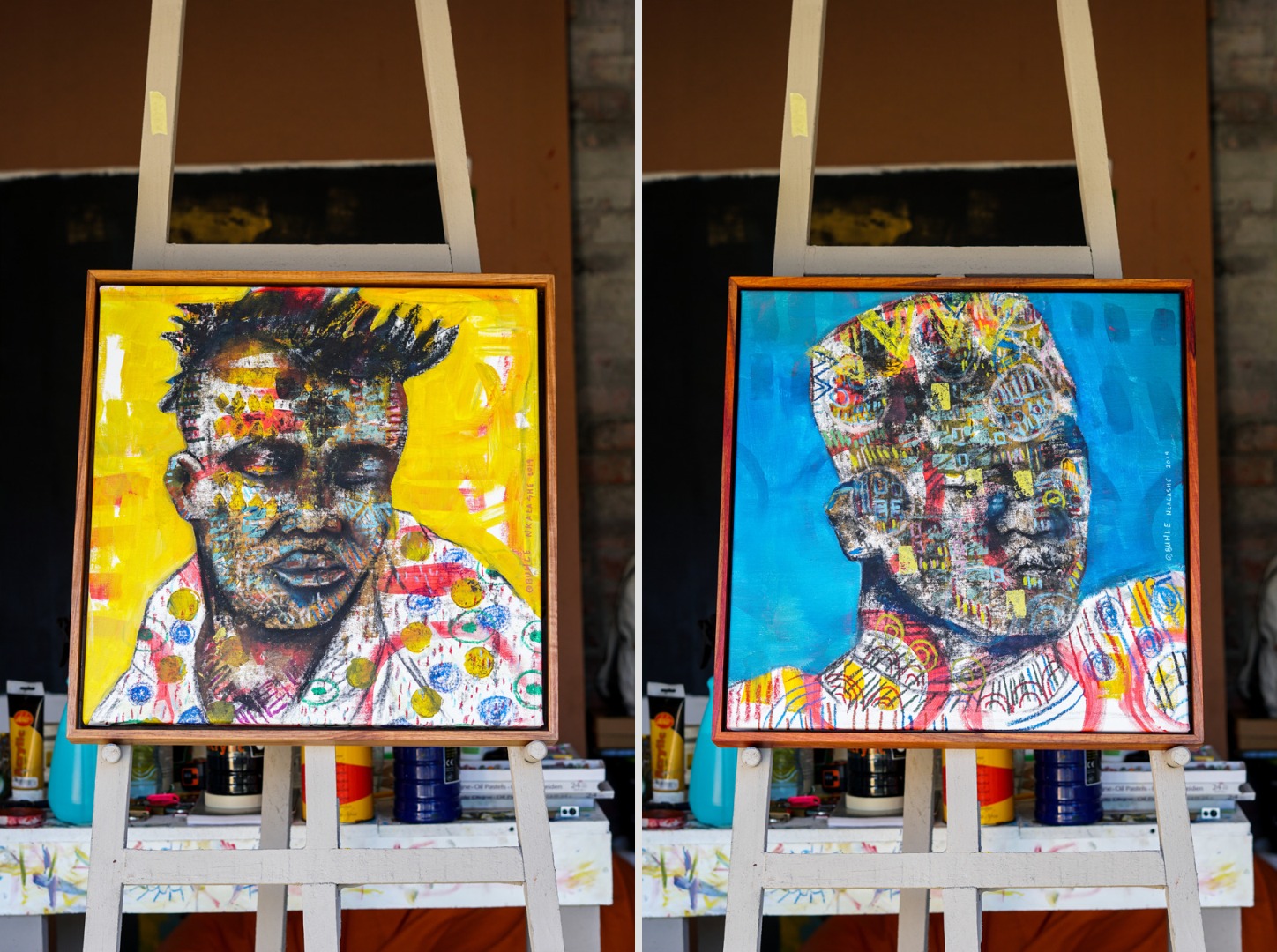 Buhle Nkalashe was born in Cape Town in 1994. After receiving his B.A. in Communication Design from the Cape Town Creative Academy in 2018, he worked in advertising but pretty soon shifted his focus to visual arts. Today, Buhle Nkalashe is an independent artist working in painting and mixed media, mainly in the genres of abstract art and portraiture.

Buhle Nkalashe has been exhibited at a range of art exhibitions in South Africa. His first solo show titled “The New African” was held at Youngblood Africa Gallery in Cape Town in 2018. A year later, Buhle Nkalashe had his second solo exhibition with the gallery and also took part at the prestigious Turbine Art Fair where he was represented by Red Room Gallery. At Turbine Art Fair, the artist introduced “Re-emerge,” an amazing collection of artworks combining South African traditional patterns with contemporary contexts. 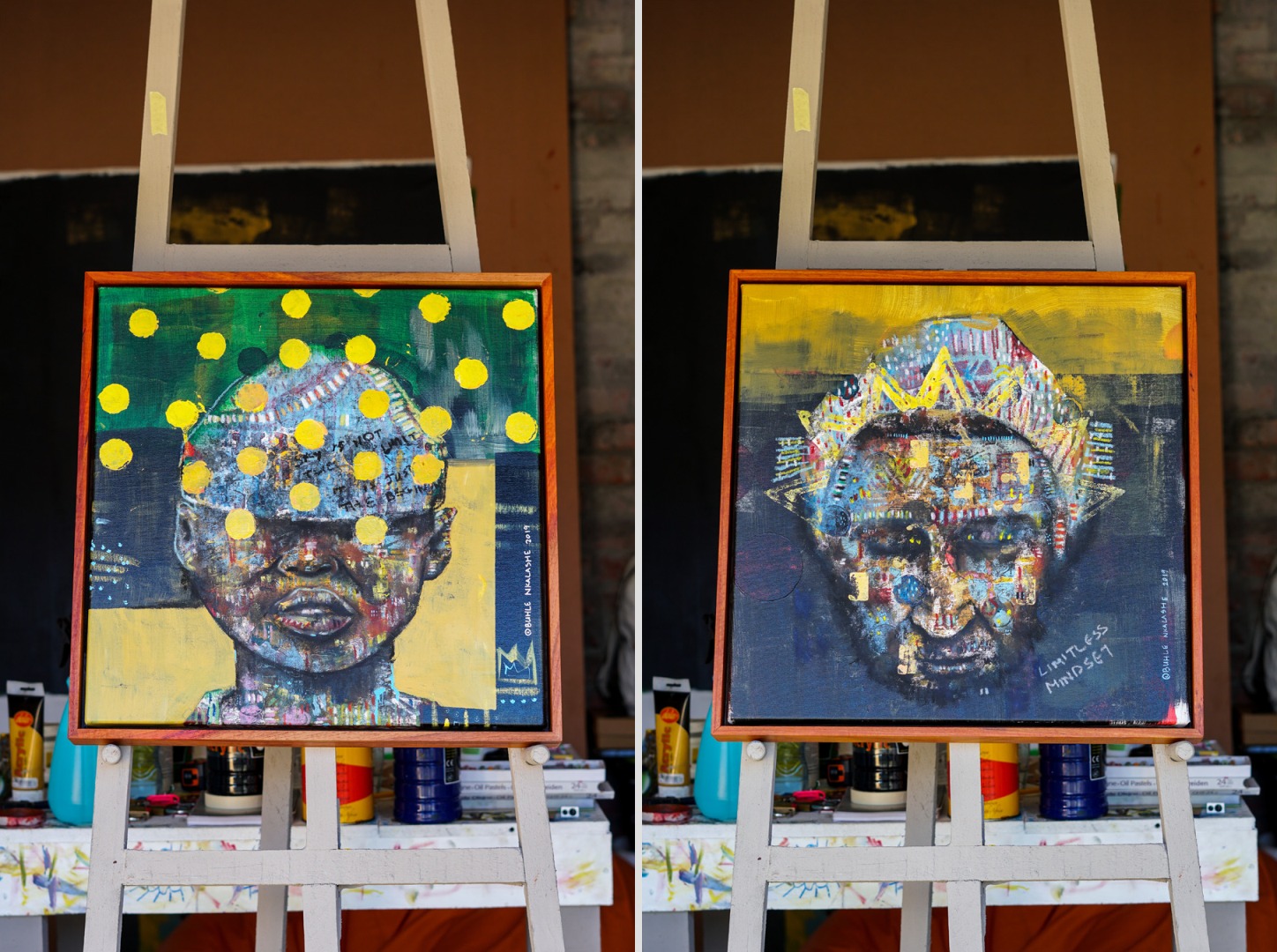 “Re-image” is a collection of mixed media art pieces that explore how Buhle Nkalashe sees the evolution of traditional patterns, particularly of the Xhosa nation, and how they relate to the mindset of young creatives. The body of the artist’s work is a celebration of the advances and overall progress made by the South African through music, fashion, and art. “Re-image” also highlights the connection between African people and their inner spirit that evokes new ideas and inspires at every step of their creative way.

Buhle Nkalashe is only at the beginning of his artistic career, but his remarkable art has already attracted the interest of both professionals and enthusiasts. We wish this talented artist lots of luck and much success in all his endeavors!