A London Landscape by Monet Has Left the UK

You are here: Home » Art & Culture » A London Landscape by Monet Has Left the UK 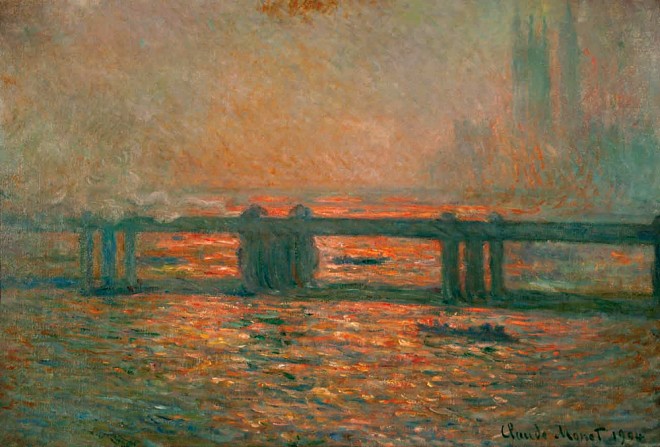 A London landscape by Monet has found its new owner. The new holder of the painting, which has been in possession of British art collectors for almost 70 years, managed to obtain an export license for the art piece. It let him/her take the artwork out of the UK despite the opposition of one the Export Commission members.

This London landscape by Monet is a canvas painting depicting the famous Charing Cross Bridge. The art piece by the renowned French artist was sold in a private transaction for $63 million. The new owner of the artwork has received an export license for the landscape painting and after that, has taken it out of the country. One of the founders of Impressionism, Claude Monet, began creating the landscape in London in 1901, continued to make corrections in Giverny, and finished the artwork three years later. In 1932, at the sale organized by the Christie’s Auction House, the 9th Duke of Marlborough who lived in the Blenheim Palace in Oxfordshire purchased the art piece for £210. Although the legendary creator of impressionist art painted nearly 100 views of London, only a few of them are kept in the collections of English art connoisseurs. The Duke of Marlborough sold the London landscape by Monet in 1934, just eight days before his death. In 1950, “Charing Cross Bridge” was purchased by Alexander Margulies, owner of a London company specializing in luxury watches and jewelry. After the passing of Margulies in 1992, this London landscape by Monet remained in the ownership of the businessman’s descendants. Last year, the art piece was presented at the exhibition called “Impressionists in London” at Tate Britain.

Since the buyer was not UK-based, and also due to the high value of the painting, one of the members of the Export Commission recommended to postpone the issuance of the export license. It was done to allow buyers from the UK to purchase Monet’s artwork at an appropriate price. However, the Commission rejected the recommendation and issued an export permit. The fact that the cost of the art piece is indicated in dollars suggests that the landscape was purchased by an art admirer from America or Asia.

Another outstanding example of Monet’s painting will go under the hammer on May 14. Sotheby’s will put up one of the “Haystacks” paintings by the renowned French impressionist for sale.