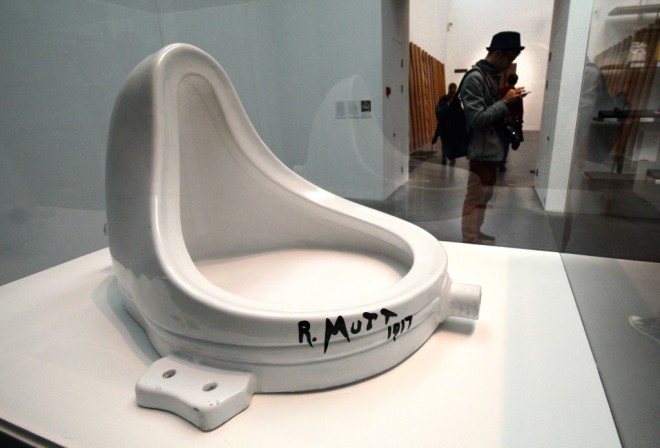 We present a digest of the most notable art events that happened at the beginning of March 2019.

The first March art digest news concerns the Pompidou Centre in Paris. This renowned art gallery has set itself the task to choose an artwork that will become a symbol of the institution and will help to increase awareness of the Centre Georges Pompidou among tourists. An example is the Louvre with a famous painting by Leonardo da Vinci “Mona Lisa” as its hallmark. The list of works considered for the role of the Pompidou Centre’s symbol includes 17 art pieces, among which only one is created by a woman, Louise Bourgeois. Perhaps, the most controversial among the “applicants” is a readymade sculpture titled “Fountain” (1917) by Marcel Duchamp. However, the probability of choosing in his favor is quite high: this art object is indeed an iconic artwork. Among the reasons that prompted the museum’s management to search for “icons,” is the low percentage of foreign visitors: only 40% of tourists visit the Pompidou Centre, while the Louvre, for example, has 75% attendance.

The Centre Georges Pompidou owns the most extensive collection of contemporary art in Europe – in the world ranking, only New York’s MoMA is ahead of it.

Another March art digest news addresses the Van Gogh Museum in Amsterdam. The institution bought 91 engravings by Camille Pissarro (1830-1903) for its collection. The art collection illustrates the scale of the great impressionist’s experimental approach. In addition to different variations of the plots, all the graphics techniques used by Pissarro are presented, including three unique monotypes. With this method, the artist applied the ink directly to the plate, which could then be imprinted only once.

Almost all engravings from this collection of art pieces were in high demand during Pissarro’s lifetime. The engravings were transferred to the fine art gallery from the private art collection of Samuel Józefowicz, a Swiss billionaire who devoted many decades to collecting Pissarro’s artworks. Before that, the Van Gogh Museum held 14 printed works of the “father of Impressionism.”

From March 1 to May 26, 2019, 42 art pieces from among the acquired engravings will be presented at the Museum.

The last March art digest news regards the National Gallery in London. The art museum had a replenishment: its collection was enriched by the Renaissance artwork by one of the most significant creators of that time. Painting by Lucas Cranach the Elder (1472-1553), one of the leading German artists of the early 16th century, is called “Venus and Cupid” (1529). It perfectly complements the institution’s collection, which features other art pieces by the legendary artist. The artwork has already taken place in the permanent exhibition. The picture was presented to the famous art gallery by the Drew Heinz charitable foundation, dedicated to a renowned philanthropist. Ms. Heinz has sponsored many projects in the field of culture and art in the UK and the USA. Previously, since 1915, the painting was in the Cook’s collection and was bought by the Heinz family in 1964.