Art Digest: Notable News of the First Half of February 2019

You are here: Home » Art & Culture » Art Digest: Notable News of the First Half of February 2019 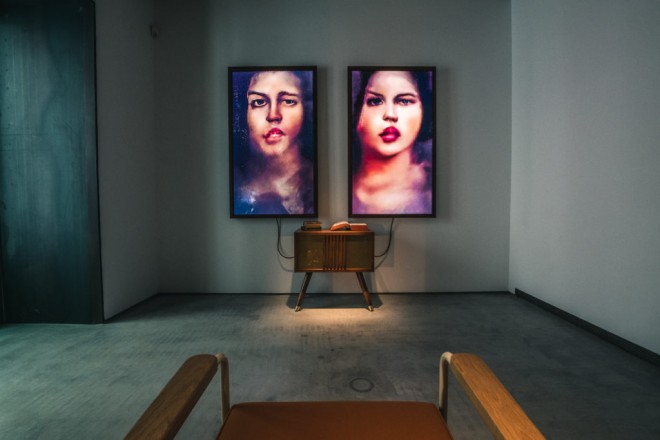 We present you a digest of resonant news of the art world of the first half of February 2019.

The first news from our art digest concerns a performance queen Marina Abramović. The outstanding female artist will present a new performance called “The Life” in the London’s Serpentine Gallery from 2.19.2019 to 2.24.2019. Admission is free, but to visit the show, you must register an application on the website of the art gallery. At the entrance, each visitor will be given a special device – Magic Leap On glasses. Visitors during this 19-minute performance will meet the artist, or rather her digital image. They will be able to see Abramović as if she were really in the room. Also, the image of the performing artist can be placed in real time anywhere in the world. In the center of the room will be a five-meter circle in which the digital image of Abramović will be visible through Magic Leap One glasses. Unlike virtual reality, mixed reality technologies allow the viewer to see the surrounding space and other people. To create “The Life,” the artist went through a time-consuming process of volumetric shooting in the 4D Views studio in France: each movement, each form was captured in a three-dimensional version from all sides. The embodiment of this large-scale performance became possible thanks to the American-British studio Tin Drum, specializing in mixed reality. The heirs of David Rockefeller donated $200 million to MoMA

The second notable news from our February art digest regards a precious gift to MoMA, which was made by the Rockefeller Foundation. Two hundred million dollars present became a record in the history of the Museum.

David Rockefeller, the last grandson of the first official dollar billionaire in human history, John D. Rockefeller, passed away in 2017 at the age of 101. Selected masterpieces from his art collection, which is estimated to contain about 15,000 pieces of artwork, were sold at Christie’s auction in May 2017 for a record amount of $832.5 million. David Rockefeller’s mother, Abby Aldrich Rockefeller, was one of the founders of the MoMA in 1929. Rockefeller himself acted as the chairperson of the institution from 1948 until his passing. The Museum of Modern Art owns many artworks of impressionists, post-impressionists, rare porcelain, exquisite furniture, and various decorative arts, once donated by Rockefeller. In 2005, the billionaire donated $100 million to MoMA, and at that time, it was the largest donation in the history of the institution. Fourteen years later, the heirs surpassed the generosity of their legendary ancestor.

Sotheby’s Auction House puts up for sale a neural network The last but not the least news in our art digest refers to the Sotheby’s Auction House. The Project titled “Memories of Passersby 1” created by a German artist Mario Klingemann will be exhibited on 3.6.2019 at Sotheby’s auction in London. The art gallery installation represents a table with a box and two screens connected by wires. Artificial intelligence generates images, transmitting to the screens an endless sequence of unique male and female portraits that have never existed and that are not repeated. The technology used in this unique art project is considered the most advanced, as no one before Klingemann was able to create a machine that works at such a high speed and generates images with such high resolution (and which fits only in a small box). Thousands of paintings of the 17th-19th century were used to train the neural network. Estimate of the lot is $39,000-52,000.