300magazine’s initial examination of the Bitcoin phenomenon examined the basic mechanics of the virtual currency’s operation, security risks, and amorphous tax status. The second installment will consider the volatile aspects of Bitcoin that make it unsuitable as a reliable means of exchange for buyers of luxury goods.

The world economy has changed dramatically since the economic near-death experience of 2008-2009. The expansionist monetary policies of central banks and a lingering fear of relapse have driven bond yields to a virtual standstill. The same forces have created a bull run on stock markets that is beginning to bear the telltales of a dangerous asset bubble.

As a result, alternative investment opportunities such as the Bitcoin crypto-currency have become one of the few high-yield destinations for speculative dollars. Bitcoin may be a viable high-risk component of a diversified portfolio (just make sure you learn how to handle taxes on crypto investments), but its lack of security as a currency and volatility as an asset make it a dangerous alternative to traditional government-backed money.

Specifically, consumers interested in using Bitcoin to purchase luxury goods should run, not walk away from that notion.

While some exchanges and individual holders have begun to create physical Bitcoins (featuring a physical record of the private coin key) as a security precaution, the legality of this act has been challenged by legal action (as this guy discovered), and physical Bitcoins create a massive theft target that may be impossible to insure.

While Bitcoin exchanges mitigate the risks of holding and transacting with Bitcoin, the exchanges have reintroduced a pernicious strain of institutional instability once thought extinct in the developed world: the bank failure. Once considered a cyclical economic epidemic, the Federal Deposit Insurance Corporation, its equivalents abroad, and activist central banks have all but removed the phenomenon from living memory.

Far more disturbing is the frequency with which Bitcoin exchanges and trading schemes have been associated with illicit activity. The fall 2013 U.S. government action against money laundering hub Silk Road is the best-known example, but exchanges continue to act as a beacon to drug dealers, rogue state currency traders, and others who prefer to live on the frontiers of law and order.

Even if the security and legal uncertainties associated with Bitcoin holdings are overcome, the problem of correctly valuing Bitcoin units creates transaction headaches for both luxury goods consumers and vendors. The motley assortment of international exchanges dealing in Bitcoin cannot rely on objective valuations in the same fashion as genuine, government-issued currency. Consider the array of divergent values, on www.bitcoincharts.com for an example of how this appears in practice.  Sometimes, the spread is negligible, and sometimes, panic such as the Mt. Gox episode creates huge spreads, effectively freezing Bitcoin transactions until the panic subsides.

While the drift of the dollar, euro, and yen may create slightly more or slightly less favorable trading conditions for buyers and sellers, at least the two parties to each sale are able to agree on the value of money even when the price of goods is negotiable.

Finally, the extreme short-term volatility of Bitcoin value, which has careened through surges and dips amounting to hundreds of U.S. dollars in the past year, means that Bitcoin is not a stable means for storing discretionary funds. This is a key concern to consumers of luxury goods. From the beginning of 2013 to early 2014, Bitcoin unit values surged from $13.50 U.S. to $1,200 before plunging back to $650. A personal vacation or jewelry fund that doubles and halves itself apropos of rumor and speculation is of limited utility to the account holder. In fact, at least one European government has already ruled that Bitcoin amounts to a commodity class, with all uncertainties and risks that commodity status entails.

In summary, Bitcoin is not a reliable means of exchange or store of value for individuals inclined to use it as a currency. While it may play a speculative role a diverse investment portfolio, it falls short of the security, stability, and liquidity required of a currency.

In the luxury market, where buyers and sellers of premium goods move in smaller circles, personal reputations and transactions of large value are at stake. Savvy buyers and sellers should continue to trade in leading currencies and avoid Bitcoin, a currency that’s been known to byte.

Previous: From Assault Rifles to Tourbillon Watches
Next: A Big Bang of Luxury for Women 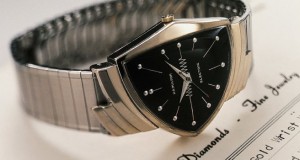 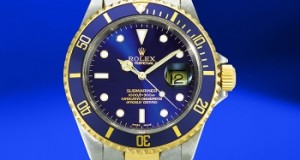 Fine Watches to Be Auctioned by Sotheby’s in September