The Best of Times I – Top Watches of Baselworld 2014

The 2014 Baselworld Watch and Jewelry Show opened its doors on March 27 to the first of more than 122,000 anticipated visitors. Baselworld, whose history dates to 1917, is the premier industry tradeshow for manufacturers of luxury goods in the jewelry and prestige watch sectors.

Notable among over 1,400 exhibitors and countless new products in the cavernous Herzog and de Meuron-designed Basel Exhibition Hall was a standout debut from premier industry player Zenith S.A. 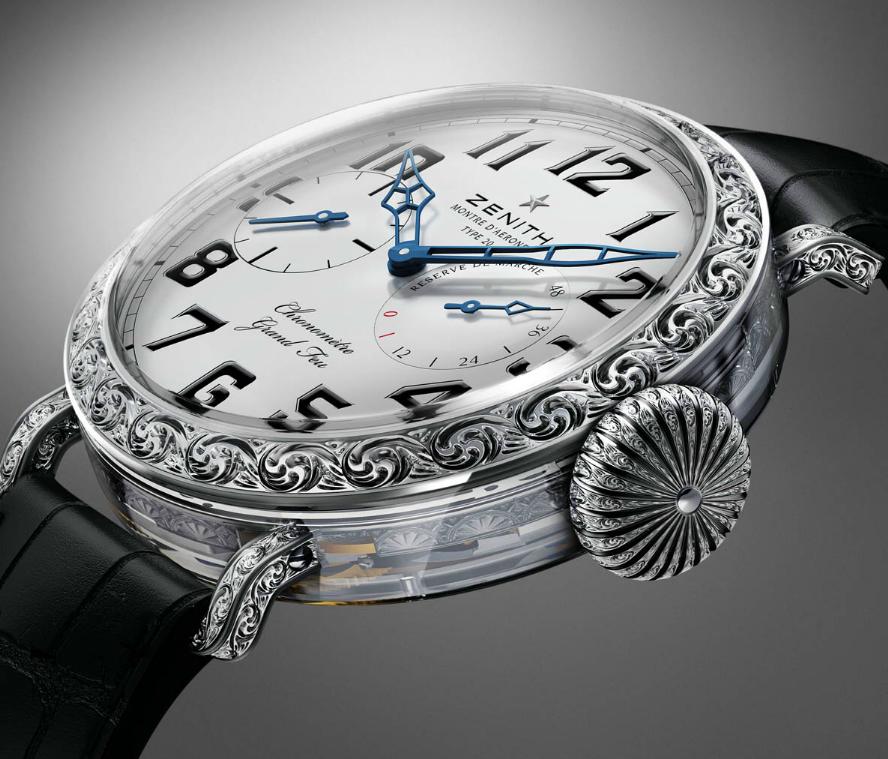 Zenith is one of the industry’s oldest and most respected manufactures in the prestige watch sector. Although Zenith is known best as the manufacturer of the legendary El Primero 5hz chronograph, the marque’s claim to glory prior to the El Primero derived from over 2,300 victories in Swiss observatory chronometry competitions. 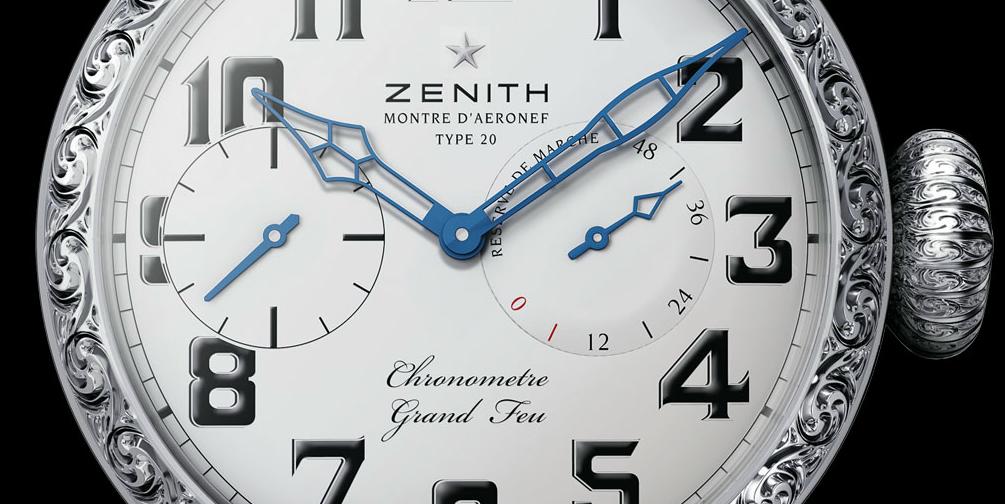 At Baselworld 2014, Zenith stunned the press by unveiling a spectacular vessel in which to set the manufacture’s all-time greatest chronometry champion, the Caliber 5011K. The resulting Type 20 Grand Feu wristwatch offers an exquisite combination of mechanical and artistic refinement that has impressed even the most jaded veterans of the luxury goods media.

The colossal 2012 Zenith Type 20 Montre d’Aeronef pilot watch serves as a loose template for the Grand Feu, but similarities extend only to general proportions, movement, and the “Type 20” name.

Zenith’s Grand Feu represents an entirely new frontier for the prestige watch industry. Its awesome one-piece 60mm sapphire case is the largest such unit ever crafted for a watch, and this monstrous crystal monolith exceeds even the original 57.5mm sprawl of the Montre d’Aeronef. Considering how the d’Aeronef shocked luxury goods writers and buyers in 2012, the 60mm case is a bold move – the kind of love/hate aesthetic commitment not seen from Zenith since the heady days of Thierry Nataf in the mid-2000s.

The vast geography of the sapphire case is treated as a canvas for the talents of Zenith’s finest metalwork artisans. Lugs and bezel surfaces of the Grand Feu are rendered in 18-karat white gold, and every square centimeter bears baroque engravings alternately evocative of aircraft propellers, churning surf, and Arabesque floral motifs.

Due to the unique transparent qualities of the sapphire case, engraving and finishing of the sheer sides of the main plate can be viewed through the flanks of the case. Even the crown receives extensive attention, and careful examination reveals a tapered engraving that doubles as a knurled grip aid.

As befits a watch bearing the name “Grand Feu,” Zenith’s opus features a porcelain-like enamel dial. Zenith’s nomenclature pays tribute to the kiln-firing technique that produces the vivid gloss finish of the enamel surface. The white enamel is indexed by high-contrast Arabic numerals whose gloss and shading create a dazzling three-dimensional effect. Between application of layered enamel coats and detail elements, the dial is fired up to ten times. Due to time requirements and high rejection rates (dials have been known to explode in the kiln), production of Grand Feu dials is prohibitively expensive and slow-paced. 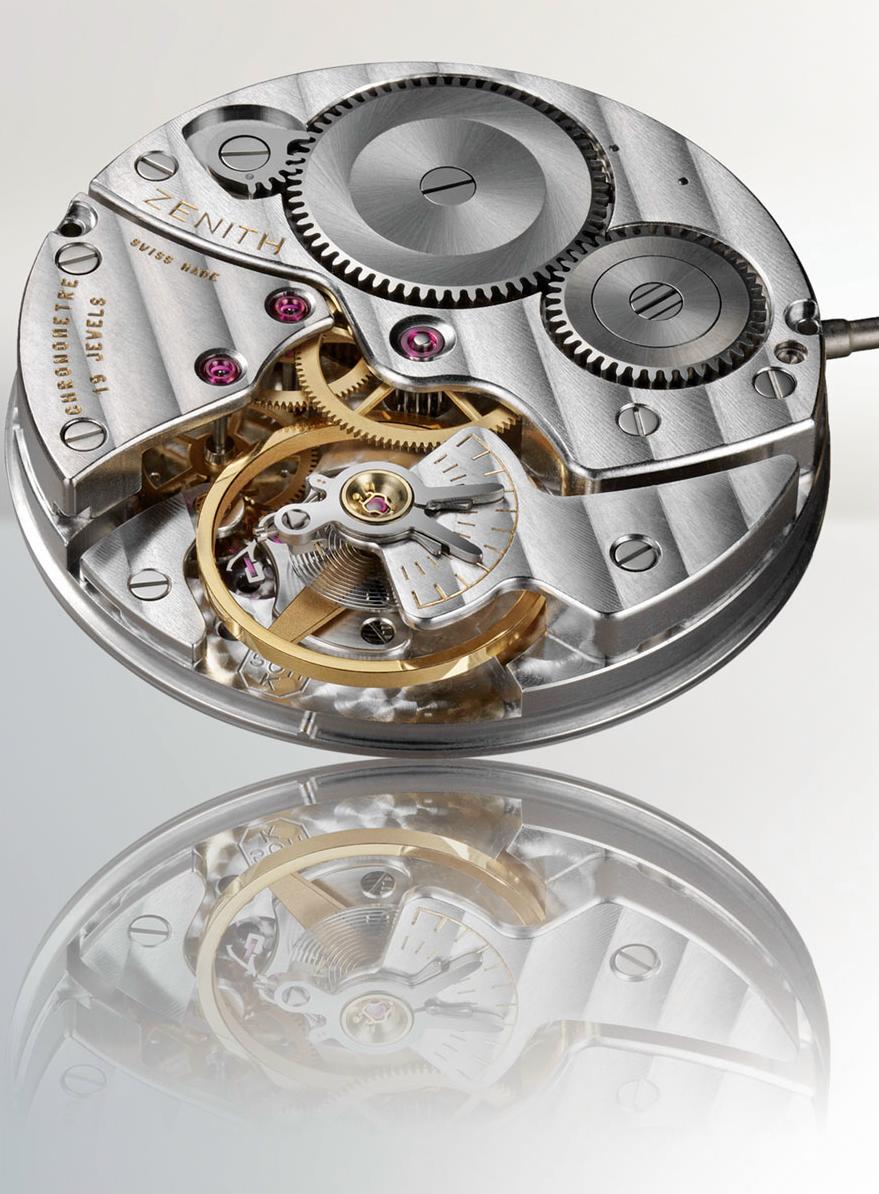 The caliber 5011k remains unchanged from the original Montre d’Aeronef. The 5011k’s crowning glory remains its 1967 victory in the Neuchatel Observatory chronometry trials – an event that compelled lab technicians to pronounce Zenith’s champion the most accurate chronometer ever tested by the august facility. Classic chronometer features such as twin Breguet overcoil hairsprings, a massive balance wheel, slow-beating 2.5hz balance wheel, and twin index regulators feature prominently, and C.O.S.C. chronometer certification is a given.

Zenith continues to draw from its dwindling supply of new-old-stock 5011K movements for Grand Feu production. The company promises that no new 5011K movements are being built, and these watches will remain unique. Zenith has announced a production run of ten Type 20 Grand Feu watches, and according to reports, all of the units have been pre-sold for six-figure unit costs. 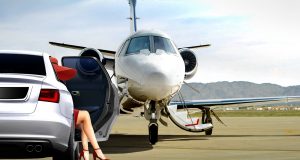 Private Jets as the Epitome of Wealth and Luxury 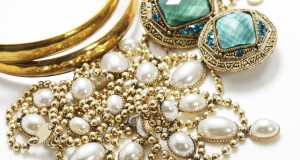