Newly minted vintage-watch collectors share a common trait with their experienced counterparts: They wish to purchase the most fascinating models at the lowest possible prices. However, new collectors must always balance their ambitions against their limited experience in the field.

For new collectors, the key to enjoying the process is learning how to recognize tomorrow’s classics today. With that in mind, 300magazine presents the first in a series of collectors’ guides to hidden value in the vintage-watch market.

Buy low, sell high. It’s a bromide drilled into the skulls of all investors, speculators, freshman prisoners of economics 101, and, naturally, collectors of vintage watches. The Rolex Cosmograph Daytona Beach chronograph, reference number 116519, deserves pole position among value geysers ready to erupt, bearing all of the hallmarks of a monster in the making. The Daytona Beach features a historically significant combination of technical innovation, rarity, material quality, and breakthrough auction returns. And, perhaps best of all, it’s a collectable Rolex.

As one of the first Daytona models to be equipped with a Rolex-manufacture movement, this watch holds a position of distinction in the history of the company.  Rolex’s Daytona was born in 1963, when the reference 6238 chronograph received the moniker “Daytona” upon to the Swiss firm’s unveiling of a sponsorship agreement with Daytona International Speedway. From that moment until the year 2000, Rolex purchased and modified the movements of other companies, including the Valjoux 72 (Rolex calibers 722 and 727) and the Zenith El Primero (4030).

By the mid-1990s, Rolex faced mounting pressure to produce an in-house movement for the Daytona. First, Zenith was preparing to accelerate development of watches under its own brand name, and the company faced diminishing surplus capacity to deliver customer calibers to Rolex. Second, the 1980s’ resurrection of the mechanical watch as an article of prestige was followed by the 1990s’ rising demand for differentiation and exclusivity. Simply being mechanical and Swiss wasn’t enough; Rolex needed its own movements to retain its crown as industry royalty.

The Rolex caliber-4130 chronograph movement was a brass-knuckled counterpunch to insurgent pretenders to the throne. A completely in-house design, the 4130 surpassed the technology, refinement, and serviceability standards of all rivals.

The fully-integrated design was thin enough to preserve the compact 40mm case of the contemporary Daytona, but the 4130’s reduced volume relative to the 4030 allowed Rolex to add an extra 22 hours of power reserve, increasing the total reserve from 50 hours to 72.

Despite this massive increase, the 4130’s mainspring could be replaced without uncasing the movement. On the previous caliber 4030, routine services often required complete removal of the movement to adjust the timekeeping and chronograph components.

Not only was the 4130 easier to service, but it dramatically reduced the total number of parts, unique screw sizes, and the number of tools necessary to perform service. Watchmakers marveled at the intelligence inherent in the design, and customers marveled at the speed with which their watches could be reclaimed from the watchmaker.

The Zenith-based 4030 was a strong engine, but its technology was rooted in the 1960s, and subsequent advances in chronograph design had led Rolex to plan a quantum leap in refinement for the 4030’s successor. The vertical clutch, a chronograph engagement mechanism invented by Pierce in the ‘30s, perfected by Seiko in the 1970s, and popularized in Swiss watches by F. Piguet in the 1980s, was selected for the Daytona.

While older chronographs such as the Zenith El Primero used a horizontal clutch that involved the meshing of multiple gears, Rolex’s vertical-clutch design simply raised and lowered the chronograph mechanism over a constantly engaged drivetrain wheel. The benefit to owners came in the form of a chronograph hand that could start, stop, and reset without adding phantom fractions of a second.

This regrettable phenomenon had been an unavoidable consequence of the horizontal clutch, in which the play between the horizontal gears of the mechanism created built-in system slop. Finally, in keeping with the Daytona’s newfound service-friendly design, the 4130’s vertical clutch was the industry’s first such mechanism that could be serviced. Previously, vertical clutches were expensive use-and-discard components.

The durability of the new movement was peerless. A true dual-anchored balance bridge with a free-sprung balance wheel, Breguet overcoil hairspring, and balance-wheel-mounted Microstella adjustment screws granted the Daytona rate stability via exceptional resistance to shock and temperature variation.

Unlike many competing sports chronographs, which were based on delicate clockwork designs from the ‘40s, ‘50s, and ‘60s, the 4130 was built to play rough; the strength of the movement placed it in the league of Rolex’s own Submariner and Sea-Dweller dive watches.  Unlike most previous Rolex designs, which used a refined but somewhat delicate jeweled-staff pivot, the winding rotor in the 4130 was supported by a more robust ball-bearing structure.

Although undeclared, the 4130 represented a landmark in Rolex metallurgy; the Parachrom paramagnetic hairspring debuted in the new chronograph. Designed to improve rate stability under adverse environmental conditions and in proximity to electromagnetic devices (e.g., computers, sound systems, and televisions), the presence of the new hairspring wouldn’t be acknowledged for another half-decade.

When Rolex debuted the new material with great pomp as the “Parachrom Bleu” in 2006, the design was in its second generation. Due to ongoing revelations about the undeclared history of the Parachrom material, early 4130s such as the Daytona Beach are gaining new recognition for the full scope of their significance in Rolex history.

Unique materials play a critical role in the appreciation potential of vintage watches. Certain models from A. Lange & Sohne, Rolex, and Patek Philippe have set auction records in recent years, solely on the basis of their use of unconventional materials, particularly steel. This should come as no surprise to veteran collectors, but new enthusiasts may find it somewhat counter-intuitive. Isn’t precious metal more desirable? In new model showrooms, this is true, and new watch retail prices reflect that fact.

However, in the vintage market, novelty and rarity drive value. Among collectors, the notion of a stainless-steel Lange Double-Split drives bidding into a frenzy. Likewise, a Rolex that fails in the retail market due to its unusual materials and style has the potential to become a vintage heartthrob once collectors realize how exceptional it is relative to other used Rolex models.

While appealing to cerebral types, the internal metallurgy of the Rolex Daytona Beach is not the model’s calling card. To this day, the 116519’s colored Mother-of-Pearl and chrysophrase (a green stone) dials; blindingly bright, pastel-colored, lizard-skin straps; and delicate white-gold case and hour indexes spur passionate reactions, both loving and loathing. The combination of the Cosmograph Daytona — arguably Rolex’s most masculine line — with soft, even feminine imagery stirred controversy that endures to this day.

However, the recurring lesson of the vintage-watch market is that yesterday’s wallflower is tomorrow’s sex symbol. Again and again, retail favorites flood used watch channels and prices plummet, while auction houses and tastemakers rebalance the value equation to favor rarity over virtually all else.

Controversy and collectors’ whims aside, the Daytona Beach boasts tremendous style and substance. The Beach can be worn with equal flair by either a woman with a taste for technical accessories, or a man with a raffishly avant-garde insouciance about him. This is a timepiece that wears like a Datejust and packs the visual uppercut of an Audemars Piguet Royal Oak Offshore Chronograph.

As a Rolex, the Daytona Beach features the Swiss giant’s signature in-house gold. Rolex is famous for its control of all production processes, and nowhere is this more evident than its gold metallurgy. Rolex smelts its own gold, and it owns its own foundry. In the case of a vintage white-gold watch like the Daytona Beach, Rolex’s dedication to material quality pays awesome dividends to the user-collector.

The white gold used in most brands of competing luxury watches is a weak mix of gold and silver plated with rhodium to cover the milky-yellow result. These watches will require re-plating by the time they reach the age of the Daytona Beach.

Rolex, however, uses a mixture of silver, palladium, and 18-karat yellow gold to create a solid alloy that will not wear down to a colored base metal. The standard Rolex Daytona deployment clasp is crafted from the same durable white-gold alloy, as are the index markers, and the Roman numerals on the dial. All Daytona Beach models feature exotic dial materials, in colors that are exceptionally uncharacteristic of Rolex stylists. The Mother-of-Pearl dials on the pink, blue, and yellow versions are chemically treated to remain radiant and stable over time. The dials made from chrysophrase — a green, desert rock — are polished to an emerald-like luster. The lizard-skin straps correspond to the colors of the dials, and they bear the signature interlocked and case-conforming solid end links that set original equipment Rolex Daytona straps apart from poorly integrated competitors.

Collectors should take note that, due to the age of the unique Daytona Beach pastel straps, caution should be exercised when using the watch on a regular basis. Supplies of new-old-stock Beach straps will continue to dwindle, and the rarity of this piece gives Rolex comparatively little economic incentive to produce new replacement straps. Vintage buyers who purchase the Daytona Beach as a usable collectable would be wise to purchase a new OEM Rolex strap in a suitably light color for frequent use. Keep the original Daytona Beach strap in a safe place so the watch can be restored to command top dollar when the time comes to sell.

And top dollar for a Daytona Beach may be higher than most collectors could have dreamed only a few years ago. While the Daytona Beach quartet retailed for $19,700 to $25,600 during its brief production run, unsold examples languished in dealer showrooms until the late 2000s. Today, the watch can be purchased pre-owned at $15-19,000, a fraction of the original MSRP. However, that may be about to change.

On November 13, 2013, a chrysophrase green 116519 sold for $137,663 during the Christie’s “Lesson One” auction of 50 unique Daytonas to commemorate the 50-year anniversary of the Cosmograph. This example’s only deviation from the norm was a misplaced hour index on the dial.

While factory defects often boost the auction value of vintage watches, the green Daytona’s phenomenal yield cannot be dismissed as the product of an assembly flaw. First, Christie’s’ high-bid estimate for the piece was $33,039, so, even their experts missed the mark by a flying mile. Second, at the same auction, a standard example the infamous “leopard” Daytona — once showroom poison at about $50,000 new — moved for an incredible $82,598 dollars. The high bid-estimate had been $44,052. The takeaway from this landmark auction is that formerly unloved Daytonas are gaining huge traction among the people who drive value, and the general collector market cannot be far behind.

The Daytona Beach offers the unique appearance and specifications that make collectors swoon. Due to its short production run and comparatively cool reception on the new watch market, relatively few were manufactured.

As a Rolex, the Daytona Beach carries the standard of a brand that has transcended its origins as a watch manufacturer and become an article of popular culture. A collectable watch is of interest to watch enthusiasts. A collectable Rolex, by comparison, is an investment-grade store of value on par with securities, real estate, and commodities.

The Rolex Cosmograph Daytona Beach offers savvy collectors a buyer’s market, and an opportunity to ride the value curve upward from the bottom, for now. 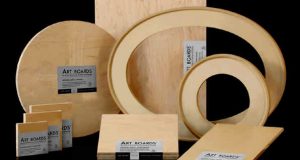 Where to Find High-Quality Art Supplies in New York? 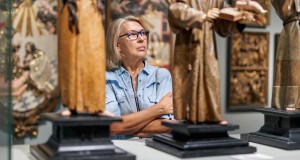 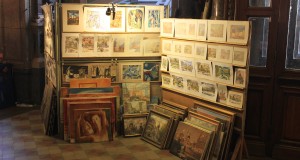 Is It Easy or Hard to Ship Oil Paintings?