You are here: Home » Antiques » Famous Paintings of the Blessed Virgin Mary

In this blog post, we want to compile a short list of some of the most famous religious paintings depicting the Blessed Virgin Mary. However, before we start, it is important to note that no one actually knows how the Mother of God looked like, so it is no wonder that her depictions vary from example to example. Along with that, there are certain antique icons of the Mother of God preserved to the present day, which are believed to be painted by St. Luke the Evangelist who lived at the same time as the Virgin Mary and could see her with his own eyes. In fact, there are many interesting early depictions and images of the Mother of God, but now we want to focus on the paintings by renowned artists only. So what are they?

“The Aldobrandini Madonna” is one of the most famous Raphael’s paintings depicting the Virgin Mary with Christ Child and John the Baptist. For centuries, it was owned by the Aldobrandini family, hence its name. However, since 1865, this painting has been part of the National Gallery collection in London. 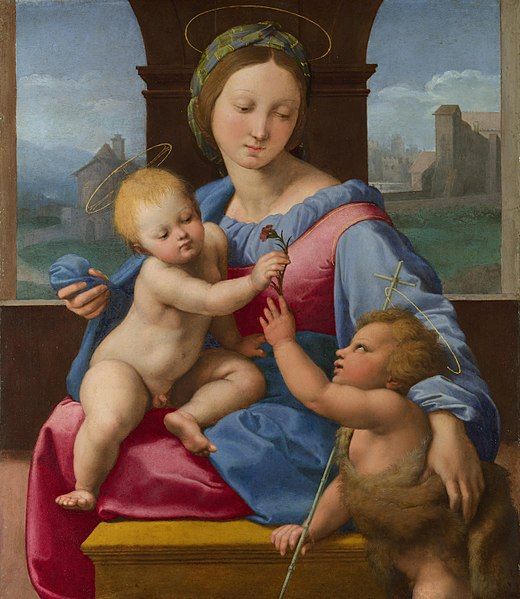 “Castelfranco Madonna,” also known as “The Madonna and Child Between St. Francis and St. Nicasius,” is a very beautiful High Renaissance painting by Giorgione, which is kept in a chapel of the Cathedral of Castelfranco Veneto in Northern Italy. 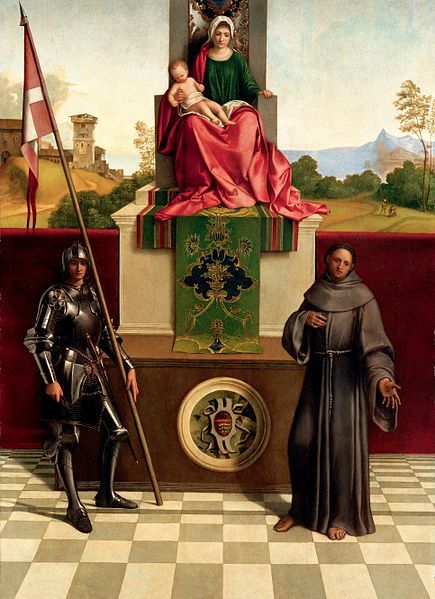 “Madonna Adoring the Child with Five Angels” by Sandro Botticelli, 1485-1490

Depicting the Virgin Mary with Christ Child accompanied by angels, this amazing painting by Sandro Botticelli represents a Renaissance tondo. It is currently part of the Baltimore Museum of Art collection in Baltimore, MD. 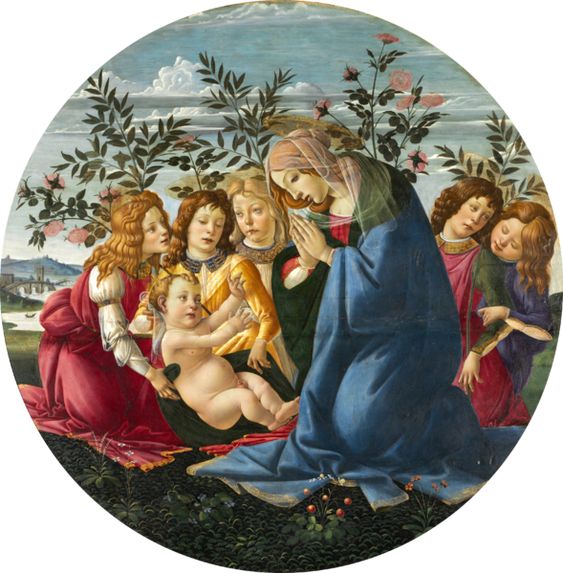 “The Lucca Madonna” depicting the Virgin Mary on a throne, breastfeeding Christ Child, is a very beautiful oil and tempera painting by Jan van Eyck, which was once part of a triptych. It is now on display in the Städel Museum in Frankfurt, Germany. 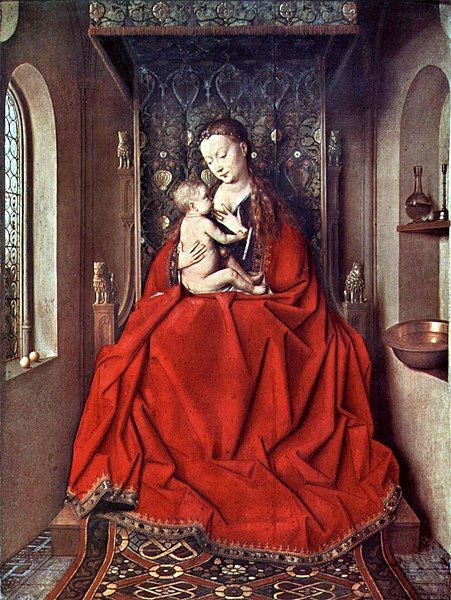 Finally, it is impossible not to mention Caravaggio’s masterpiece “The Madonna and Child with St. Anne,” which is now kept in Galleria Borghese in Rome. While it represents an unorthodox portrayal of the Mother of God with Christ Child for its time, it is undoubtedly one of the most important religious works by the famous Italian painter who is often called “the father of the Baroque style.” 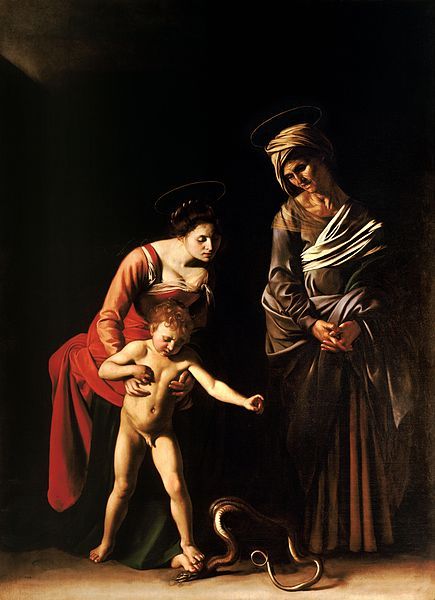