Gorgeous Collection of Antique Art Works Exhibited at The Louvre

You are here: Home » Antiques » Gorgeous Collection of Antique Art Works Exhibited at The Louvre 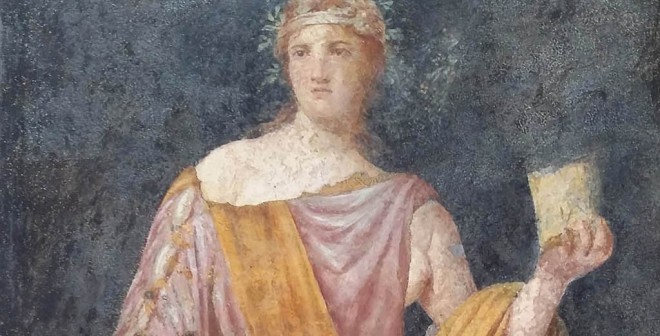 The collection of antique art works previously owned by Giovanni Pietro Campana was put together at the one of the world’s famous art galleries – The Louvre. One hundred sixty years ago, it was divided between Russia, France, and Great Britain. The central figure of the exhibition of antique art works presented at The Louvre is the most famous Italian collector of the XIX century – Giovanni Pietro Campana (1808 – 1880), who collected a fantastic number of antique items of Italian majolica of the XVI century and the Italian “Les Primitifs” of the XIV-XV centuries. Now thousands of unique masterpieces that once belonged to him are stored in the leading museums of the world. That is, the splendid collection is all right, which cannot be said about the fate of its former owner, who suddenly lost all his treasures.

Campana was born into a wealthy Roman family. After receiving after his grandfather and father the post of inspector of the Roman loan fund (called “Monte di Pieta”), owned by the Vatican, Campana was so successful that in 1833 he became its leader. Giovanni Pietro Campana was a successful merchant, who owned a marble quarry. The latter turned out to be very useful, taking into consideration Campana’s main passion since he was 20 years old – ancient pieces of art, such as Greek marble, bronze, and ceramics, Roman terracotta reliefs, antique coins and medals. He retrieved the findings from archaeological excavations begun in 1829 on the Vatican land in Frascati, near Rome. Having established his own printing house, Campana published his collection in richly illustrated catalogs. When the collection of antique art works reached an impressive size, the Marquis Campana initiated the construction of a massive villa in Frascati, where he was going to open his own art gallery. However, the project was stalled due to the lack of funds needed for new acquisitions. Taking advantage of the right to dispose of the funds entrusted to him by the bank, Giovanni Pietro Campana began to make money on bail. The thunder struck on November 28, 1857. The collector was arrested on charges of embezzling huge for that time amount of money – 983,959 scudo – and was sentenced to 20 years in prison, later replaced by exile.

Collection confiscated by order of Pope Pius IX was put up for sale, and the primary beneficiaries were Russia and France. Alexander II through his ambassador Stepan Gedeonov in 1861 acquired 565 vases, bronzes 139, one jewelry, 77 marbles, and 9 of the best paintings of the Raphael’s disciples. Antique gold, ancient Greek ceramics, which occupies today nine halls of The Louvre, and 450 exquisite paintings by Italian masters of the XV-XVI centuries, were bought by Napoleon III – in 1976, 283 of them were transferred to the Petit Palais in Avignon. Interestingly, most of “Les Primitifs” Marquis Campana at one time acquired from the French cardinal Joseph Fesch. Some luxury items from the Campana’s collection of antique art works went to the British Museum – a part of the collection of ancient coins, while the Victoria and Albert Museum received Italian majolica and precious sculptures. After 160 years, the exhibition in The Louvre for the first time restored the rich collection of Giovanni Pietro Campana, albeit not entirely, but featuring the best artworks and quite complete. About 500 exhibits participate in the exposition, 300 of which are owned by The Louvre. The exhibition will move to Russia, to The State Hermitage Museum in July 2019.