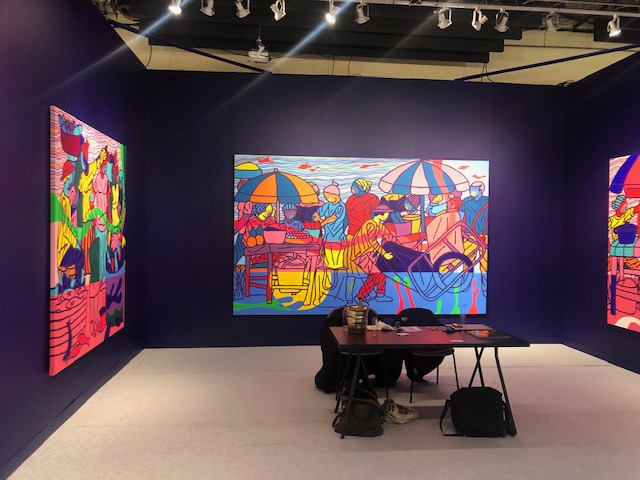 Over a hundred years ago, one daring NYC art show forever changed the American art world – it was the International Exhibition of Modern Art or, as it is called nowadays, The Armory Show. The very first international art fair was held in New York, Chicago, and Boston in winter and spring of 1913. For the first time in the history of the United States, the public was introduced to the most progressive artistic trends of the late 19th and early 20th centuries, including such exotic movements as futurism, cubism, and Fauvism. This art show is now regarded to be the starting point for the development of contemporary art in the USA.

Most modern art appreciators cannot possibly fathom the fact that back then, the Big Apple could not boast a vast number of art galleries. At the beginning of the 20th century, only a few of them cooperated with artists. Unfortunately, even they had very little idea of the changes that the art world had undergone over the past thirty years. Thus, in early 1912, three artists organized the professional coalition, the aim of which was not to follow the preferences of the public, but to form its artistic taste instead. Soon afterward, another twenty fellow creators joined them. The art-world reformers dedicated the first year of their organization’s existence to the creation of the largest NYC art show exhibiting contemporary masterpieces, which was then to follow in Chicago and Boston. In the second half of 1912, one of the organizers, Walt Francis Kuhn, went on a long journey through the cities of Europe to collect artworks for one of the soon-to-be groundbreaking art shows in NYC. During his travel, Kuhn visited London, Berlin, Hamburg, Paris, Amsterdam, and a few other great European megapolises. At certain points of his European art-assembling trip, Kuhn’s colleagues – Walter Pach and Arthur Bowen Davis – assisted him. On 17 February 1913, an innovative NYC art show opened its large doors – the international exhibition was held in one of the U.S. National Guard armories. The first Armory Show featured 1,250 paintings, sculptures, and decorative artworks by 300 contemporary artists, including Pablo Picasso, Henri Matisse, Paul Gauguin, Edvard Munch, Marcel Duchamp, Georges Braque, Pierre-Auguste Renoir, Claude Monet, and others. A third of the entire art fair was the paintings created by American artists. Of course, such a pioneering event was regarded as the controversial one, since American art of that period gravitated toward realism. The artworks by Marcel Duchamp and Henri Matisse were widely criticized by the public and press, including the then President, Theodore Roosevelt. Nevertheless, close media attention resulted in the Armory Show’s phenomenal demand among the art community. According to some estimates, about 87,000 people visited this exceptional NYC art show.

The “updated version” of one of the most iconic NYC events was launched twenty years ago. Today, it is listed among the most prominent international art expositions in the world.