You are here: Home » Antiques » “Heroines + Heroes” – The Exhibition of Botticelli’s Art Works 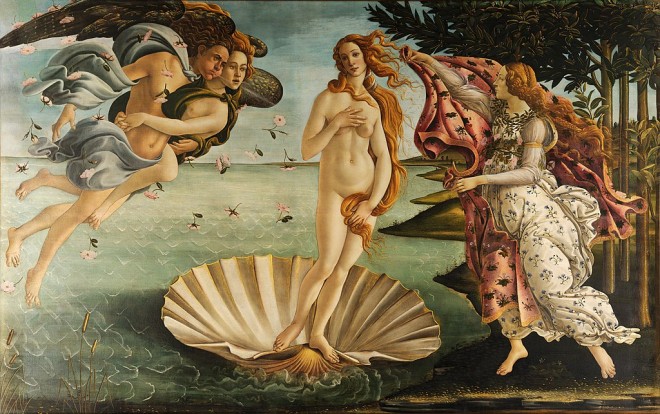 A small exhibition of Botticelli’s art works titled “Heroines + Heroes” at the Isabella Stewart Gardner Museum in Boston is the first demonstration of the revolutionary narrative paintings of the Early Renaissance artist Sandro Botticelli, who is known for such masterpieces as “The Birth of Venus” (mid 1480s) and “Primavera” (late 1470s or early 1480s).

“Primavera” or “Spring” has been part of the collection of the Uffizi Gallery in Florence, Italy since 1919. It represents the spalliera painting, like most of the eight masterpieces presented at the exhibition in Boston. The name comes from the Italian word spalla (“shoulder”) because these innovative examples of home painting were located at such a height to make them easier to be observed. “At the heart of the exhibition of Botticelli’s art works is the reunion of the two famous spalliera panels, “The Story of Lucretia” (painted between 1496 and 1504), which is a part of the original collection of the Isabella Stewart Gardner Museum, and “The story of Virginia” (1500–1504)”, says the curator of the exposition, Nathaniel Silver. “The masterpieces were reunited for the first time thanks to close cooperation with the Accademia Carrara Art Gallery in Bergamo.”

Isabella Stewart Gardner acquired “The Story of Lucretia” in the late 1890s from a young English Earl of Ashburnham, which actively sold the family collection of fine art pieces and precious manuscripts. The spalliera panel cost the American collector 3,400 pounds, which in those years was more than three times the average price of a house in the United States. The name of the outstanding Renaissance artist was highly valued in Europe, but there were no Botticelli’s paintings in America at the time, and “The Story of Lucretia” was the first painter’s masterpiece imported to the country. When Gardner finished constructing her Museum and opened it to the public in 1903, she hung Sandro Botticelli’s masterpiece beside the first in the United States painting by Raphael (“Portrait of Tommaso Inghirami”) and the first in the country art work by Carlo Crivelli (“St. George Slaying the Dragon”).

The exhibition “Heroines + Heroes” provides an opportunity to explore the talent of Botticelli as a revolutionary storyteller who re-invented the heroes and heroines of the Roman and early Christian era as role models during the Renaissance. Besides, it also allows the visitors to look at Renaissance stories from a modern point of view.

Sandro Botticelli interpreted ancient stories of violence, betrayal, and lust in a dense and graphic style. Perhaps, modern people do not know these legends very well even if they have a real resonance with today’s world. Initially, these were political and moral parables.

Specifically for the exhibition of Botticelli’s art works, the award-winning cartoonist and graphic novelist Karl Stevens from New York reinterpreted these stories in the comics, highlighting key moments in the dramas. In addition to the modern visual idiom, Stevens gave voice to the unfortunate heroines of the tragic sagas. Botticelli himself was particularly sensitive to violence. For example, he does not depict the rape of Lucretia, but only demonstrates the danger posed by Sextus Tarquinius. Another series of spalliera paintings tells the story of the early Christian Saint Zinovy. The panels were sent by the London’s National Gallery and the Metropolitan Museum of Art of New York City.

The exposition is held at the Isabella Stewart Gardner Museum in Boston through May 19, 2019.