How to Sell Watches Without Selling Watches

If you are enthusiastic about watches, that probably means that you enjoy looking at, understanding, or at least reading about movements, complications, materials, and all of the other aspects of watches that have kept Haute Horlogerie (and watch excitement in general) alive and well for centuries. When you buy a watch, what it looks like is not the only deciding factor. It might not even be a deciding factor. Fashion and elegance often take a backseat to innovations and complications, and that makes sense. Watches are machines, after all. They have always been loved for the expertise with which they are crafted.

Now, however, you might have noticed that some sites that want to sell you a watch without giving you all that information. Instead, their products have just a look and a brand name to work with. Who buys those watches? How are they sold without so much as a nod to the technical prowess of their makers or the components inside? Actually, it isn’t hard.

First of all, the secret is out, if ever it was a secret in the first place: sophisticated people of high status wear nice watches. This means that wearing really nice-looking watches can make other people see you as sophisticated and high-class. Manufacturers are able to cash in on this quite easily by ignoring technicalities and making pretty baubles. Is that because they are lazy or just looking for quick money? Yes and no.

Making watches that have all of those complications and masterful machinery takes a lot of time and a lot of money. For many newer watchmakers who are still trying to get their business off the ground, the risk and the expense of developing innovative new machinery is just too much for them to take on. They can earn income much faster and with less risk by importing parts or even whole watches and selling them at affordable prices.

There is certainly a market for affordable watches, especially for those who aren’t interested in the machinery inside. People want a watch that will make them look good. Many of them don’t particularly care if it’s a Chinese watch with a different dial to make it look new. Still, looks aren’t quite enough to sell watches. Companies also use popular marketing techniques, such as appealing to customers’ inner humanitarian through charity.

It’s easy to do, and for many businesses, it’s a go-to method of increasing sales. They advertise a product, and say that a certain percentage of profits on this product will go to a specific cause. Some of them even go so far as to make the charity aspect the largest part of their marketing and how they present themselves to the world. Companies like 1:Face, Flex Watches (which were featured on MTV’s show, “Real World”), and Modify Watches all claim to be companies with a cause. They might be, but there’s no reason to believe that just because the company says so.

While there are laws concerning false advertising, there is very little regulation where charitable promises are concerned. It’s rare for companies who make these claims to be audited on them. There are sites where you can find out whether some of these firms are truly as charitable as they claim to be. One such is CharityNavigator.org. It really covers the charities themselves rather than the businesses who give them money, but charities can be corrupt, too.

Flex Watches has run away with this charity idea. They have aligned themselves with multiple charities, and produced watches in multiple colors that represent the charity the money will be given to. A blue watch represents a charity that helps provide potable water to children in third world countries. A black watch represents a charity for certain genetic disorders. A green one is for victims of spinal cord injuries. There are ten colors in all, representing a myriad of charitable causes.

Their watches are all about charity. They look a little bit flashy with their bright colors, but they are very simple pieces, really nothing more than a rubber bracelet with a small square clock tucked inside a pouch. They sell the watches for a low price, ranging from $15 to $40. And they market their charity angle to the max. The company’s mission and purpose for existing is charity, according to them. Aside from their website and other websites that have mentioned them, these watches have also appeared on television. On the MTV show “Real World,” the cast stopped in at a bar “for a cause,” and Flex Watches were sold there. Everyone bought one. This is a clever strategy, using celebrities and charity to sell products.

Some companies do this without basing their entire marketing strategy around it. Kobold, for instance, has a “Celebrity Watches for Charity” program that basically gets celebrities to sell their own watches for charity. The watches are then auctioned, and the money donated to a cause.

Go to next page to continue reading 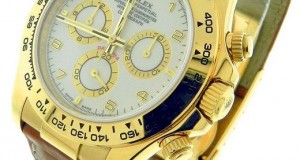 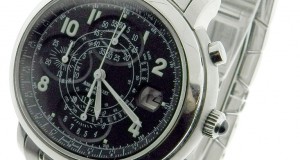 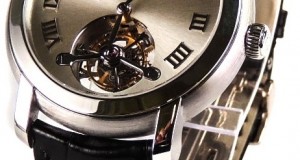