Incredible Results for Books of Hours at Sotheby’s London

You are here: Home » Antiques » Forgotten Art » Incredible Results for Books of Hours at Sotheby’s London

A book of hours is a somewhat religious book that represents an illuminated manuscript popular in the Middle Ages. Each book of hours is unique; however, they all have a similar collection of psalms, prayers, and texts used for daily devotion. Moreover, while most of such books lack decoration, those rare examples commissioned by wealthy patrons are distinguished by beautiful full-page miniatures, lavish capital letters, and other ornamentation, which makes them valuable and, as a result, very collectible. To prove that, let’s look at the results of the latest Sotheby’s Medieval and Renaissance Manuscripts and Continental and Russian Books Auction held on December 5 in London.

This unique book of hours in Latin and French once belonged to the Russian Princess Isabel Gagarine. It features 15 large miniatures with full borders, depicting the Nativity of Christ, the Crucifixion, the Last Judgment, and other important Christian scenes. Estimated at $80,500 – 107,000, this book of hours was sold for a record $302,000. 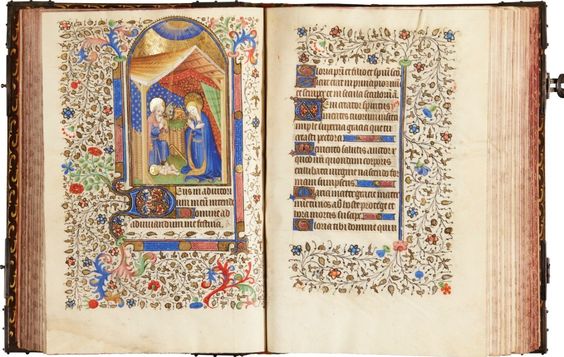 Made for a noble woman of Rouen, this rich book of hours in Latin and French is distinguished by very bright colors with finely pounced gold leaf and a whole set of large miniatures, zodiac signs, drolleries, and different figures. Estimated at $27,000 – 40,000, it went under the hammer for an impressive $75,500. 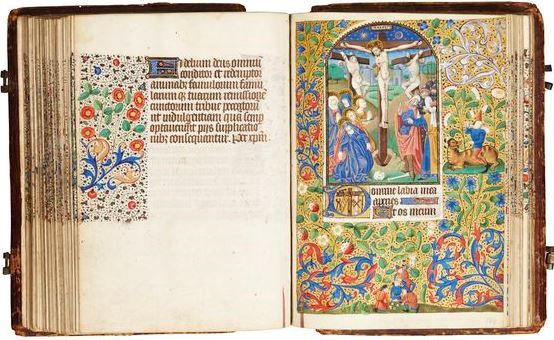 This book of hours in Latin was initially made for a couple with their initials ‘G’ and ‘M,’ but in the early 17th century, it was given to Cardinal Francois De Larochefoucault, hence its name. It is also worth noting that the style of this book, its cool palette, and all the figures are pretty unusual for the period, which makes it even more special. As for the miniatures, this book of hours features the depictions of some of the most important Twelve Great Feasts, including Pentecost, the Nativity of Christ, and the Annunciation. Estimated at $33,500 – 40,000, it was hammered for $75,500. 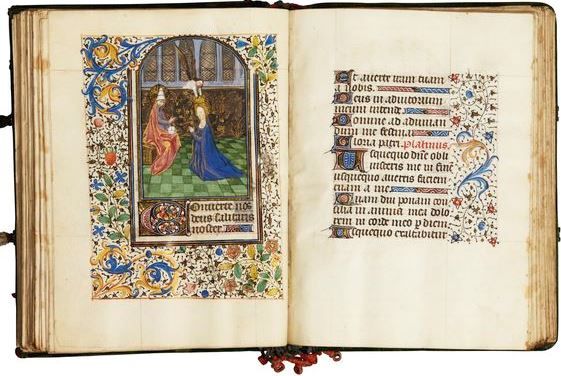 As you can see, the books of hours showed very impressive results at the Sotheby’s London Medieval and Renaissance Manuscripts and Continental and Russian Books Auction, which only proves the fact that religious icons and other devotional artifacts are very valuable and collectible these days.