Early sculptural experiments, as well as arts and crafts created by the Italian classic of post-war art,  are shown at the Met Breuer for the first time.

The Italian classic of post-war art Lucio Fontana (1899-1968) is famous for his cut and perforated canvas artworks created in the 1940-1960s. The first Lucio Fontana Retrospective at the Met Breuer pushes the time limits of the master, referring to his early sculptures and decorative and applied art. Fontana was born in Argentina, in the family of an Italian immigrant who was a sculptor and kept a workshop where monumental tombstones were made to order. The artist first came to his historical homeland in 1906 to study at school, and when the First World War struck, he volunteered for the front. In 1922, Fontana returned to Argentina and began to work with his father, where he started to experiment with different materials: gypsum, terracotta, gold leaf, and mosaic.

In 1927, Fontana arrived at the Brera Academy in Milan, where he studied with the famous sculptor Adolfo Wildt and was fascinated by cubism influenced by the amazing art pieces by Hans Arp, Alexander Archipenko, and Ossip Zadkine. Even then, the artist focused on the relationship of form and color in space – a theme formulated in the manifesto of the movement he founded in 1947 – “spatialism.” After that, Fontana created a series entitled “Holes” (initiated in 1949), then “Cuts,” and later he delved into the experiments with the use of copper and aluminum. Iria Candela, a curator of Lucio Fontana Retrospective, is sure that it was early sculptural experiments and work with ceramics, in which the artist experimented with color and texture, that became the basis for the appearance of his canvas art pieces with “cuts” and “holes.” Thus, Fontana seemed to destroy the traditionally established boundaries between painting and sculpture. “Moreover, having cut or drilled the canvas, Fontana used to lay down the knife and begin to give a certain shape to these cuts and holes with his hands. This is how sculptors usually work,” explains the curator.

In addition to his early and classical art pieces, Fontana’s light art gallery installations are included in the exhibition, suggesting a complete immersion of the viewer in them, as well as “Spatial Environment in Red Light” (1967) reconstructed specifically for Lucio Fontana Retrospective. They, according to the curator, were well known in the United States in the 1960s, influencing the work of contemporary sculptors James Turrell and Bruce Nauman. Any interested art admirer can visit Lucio Fontana Retrospective at the Met Breuer up until April 14, 2019. 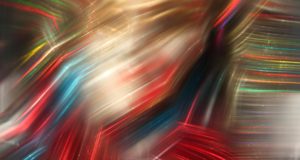 “The Mask” — A Series of Remarkable Photographs by Temel Nal 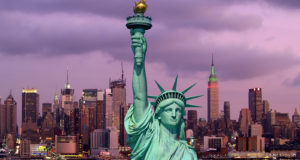 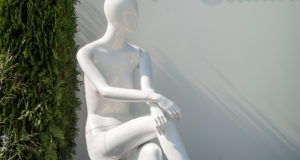