Mega Paintings from Soviet Ukraine at The Museum of Russian Art

Soviet times are remembered by most historians as the vast and influential period of the 20th century. It is a whole era that reminds people of the controversial days of the past, often evoking mixed feelings in the hearts of hundreds of millions. However, it is impossible to efface the whole epoch from the mind, as every lesson from history should be used as a remembrance for new generations. Recently, The Museum of Russian Art (TMORA) in Minneapolis has presented an extensive exhibition of Soviet-era mega paintings that serve as the historical and cultural remnants of the once-great empire. 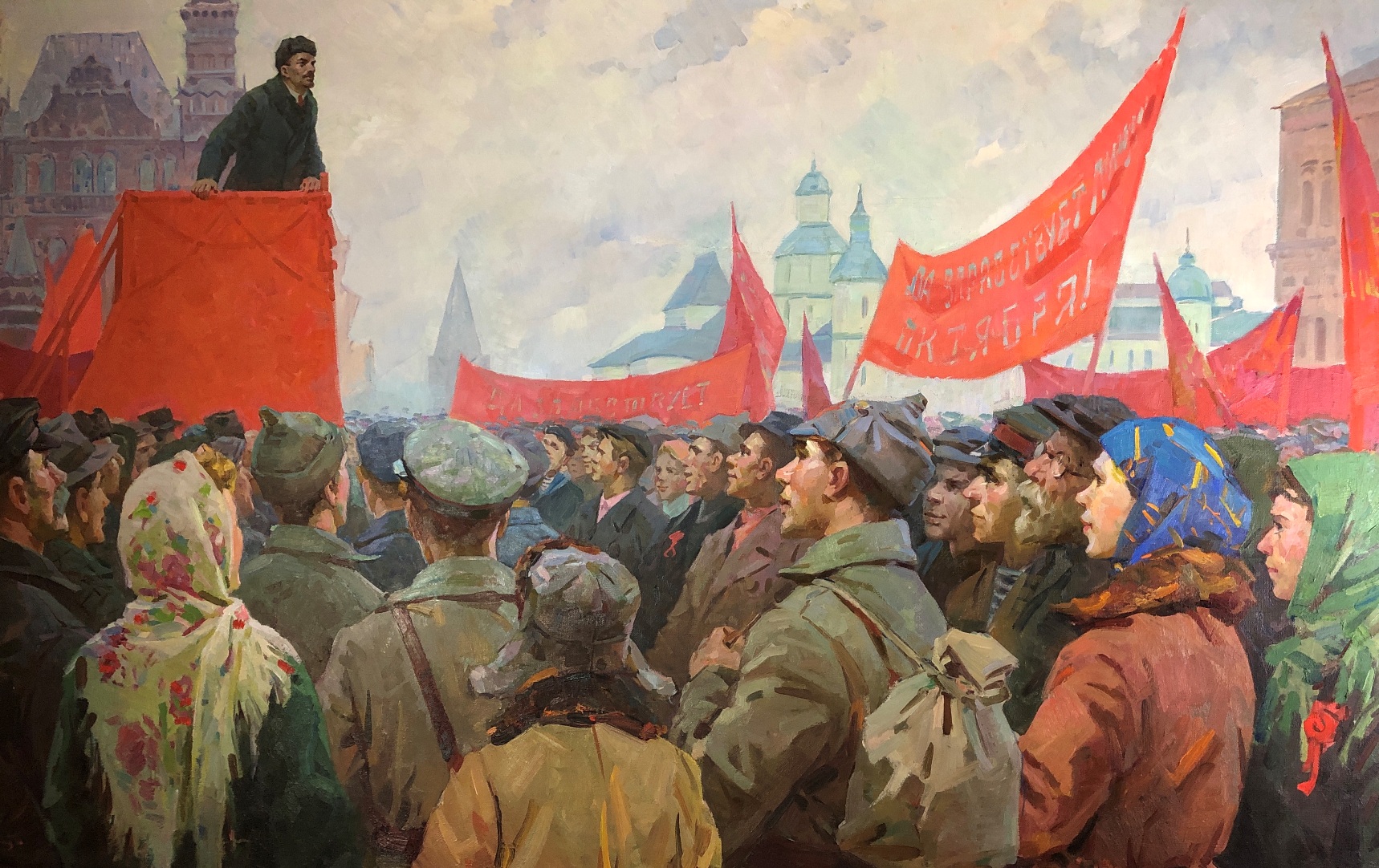 “V.Lenin Makes a Speech on Red Square” by Vadim Odainik and Zoia Odainik-Samoilenko. Gift of the Jurii Maniichuk and Rose Brady Collection. Photography: Courtesy of The Museum of Russian Art

Leaders and the Masses: Mega Paintings from Soviet Ukraine

The exhibition has become possible thanks to the generous donation of Rose Brady who gifted almost a hundred mega paintings by Soviet Ukrainian artists working in the socialist realist style from her family’s collection. The collection was assembled by Brady’s late husband Jurii Maniichuk, a Ukrainian-born law professor and consultant who worked in Kyiv in the 1990s. Maniichuk dedicated much time to collecting works from the Soviet era, trying to preserve them as a window on his past. Now, most of these impressively large paintings are part of the Jurii Maniichuk and Rose Brady Collection that has found its home at The Museum of Russian Art (TMORA).

“Motherland Greets a Hero” by Mikhailo Khmelko. Gift of the Jurii Maniichuk and Rose Brady Collection. Photography: Courtesy of The Museum of Russian Art

The exhibition’s title “Leaders and the Masses” speaks for itself. For modern people, this is a palpable manifestation of time, when Soviet leaders spoke before exuberant large audiences. For former generations, the exhibition will probably conjure memories of the days of yore, as the paintings depict mostly the life of ordinary folks, meaning day-to-day labor of peasants, soldiers, farmers, road construction workers, and more. Among the highlights are works by Ivan Tikhy, Vadim Odainik and Zoia Odainik-Samoilenko, Yuri Smirnov, Mikhailo Khmelko, Ivan Yevchenko, and Mykhailo Antonchik. Many of them are displayed to the public for the first time. 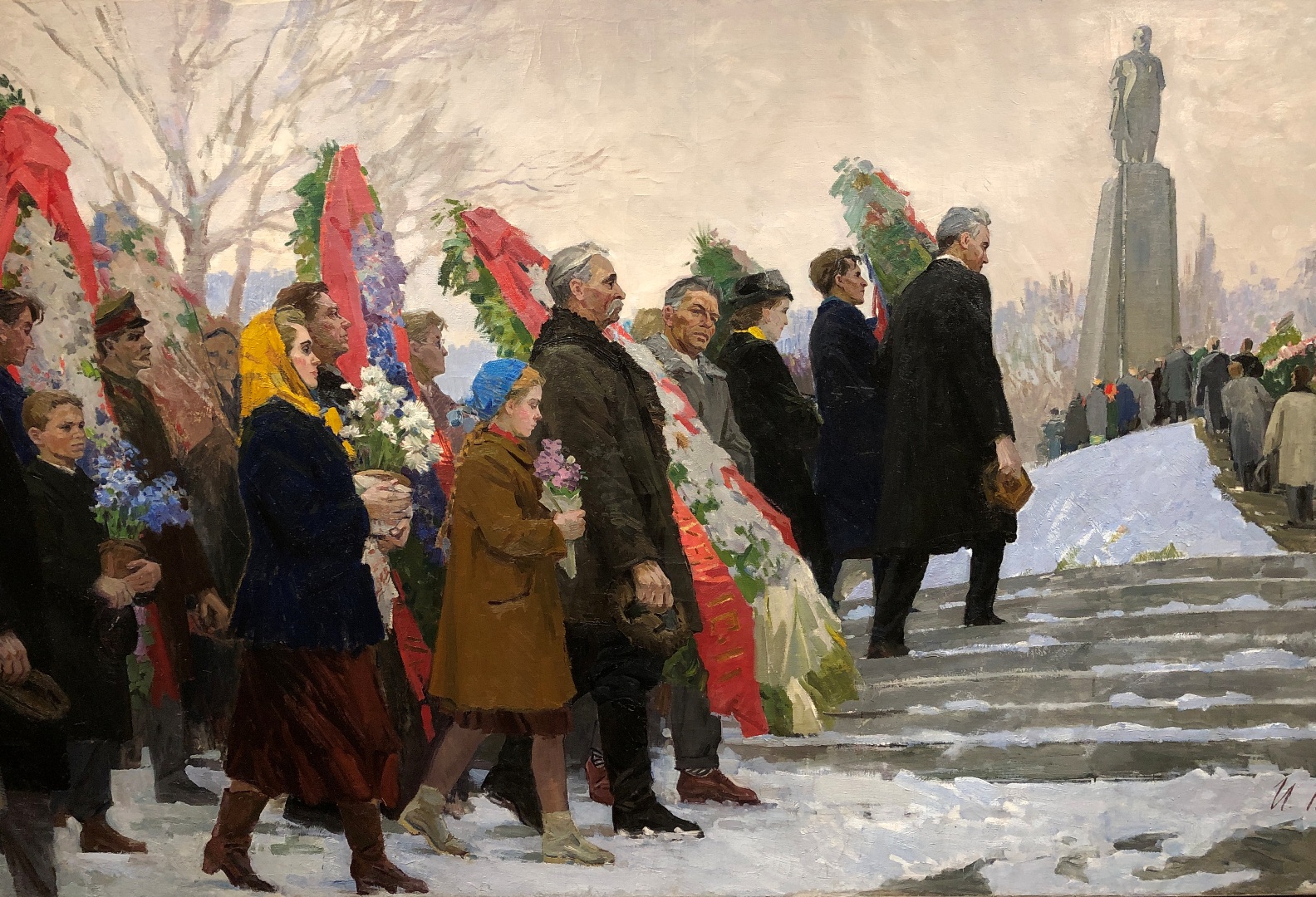 The exhibition runs at The Museum of Russian Art through January 10, 2021.