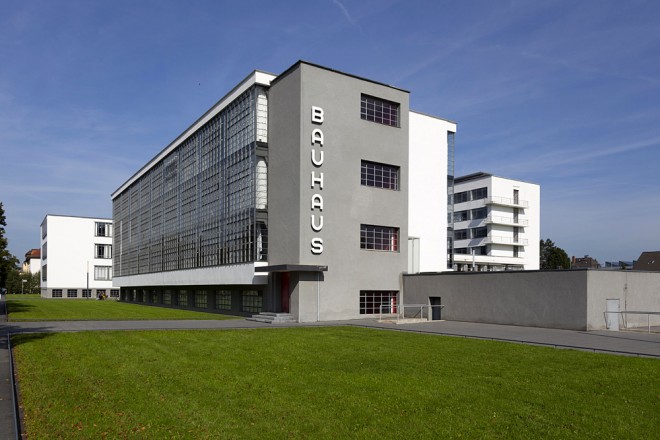 In 2019, one of the cradles of modernism, the German art school of architecture and design Bauhaus, marks 100 years. Germany pays tribute to it with the opening of three new Bauhaus museums, a festival and dozens of exhibitions throughout the country.

On April 1, 1919, a new school of applied arts was opened in Weimar, the de facto capital of the Weimar Republic. Its 100th anniversary is celebrated not only in Germany but also around the world, for example, in Delhi and Sao Paulo. The full name of the art school sounded like Staatliches Bauhaus – literally “state house of construction,” but for a century, it was known for the second part – just as Bauhaus. Founded by Walter Gropius and replacing the pre-existing Weimar design museum, the first Bauhaus existed until 1925. The second Bauhaus lasted seven years until in 1932 the local Nazi city authorities closed it. In the last period of its existence, which lasted only nine months, the art school worked in the building of an abandoned telephone factory in Berlin and was closed under pressure from the Gestapo. The country that once persecuted the legendary art school and its leading representatives is now making every effort to ensure that they take their rightful place in the public consciousness. The anniversary is celebrated throughout Germany with puppet and ballet performances, VR installations and dozens of art exhibitions highlighting various aspects of Bauhaus’s heritage, such as its publishing activities (at the Gutenberg Museum in Mainz) or its influence on contemporary photography (at the NRW-Forum in Düsseldorf). The critical event of the anniversary year will be the opening of two new Bauhaus museums – in Weimar and Dessau. The first of the new Bauhaus museums will open its doors on April 6 in Weimar, built by German architect Heike Hanada. In the five-story building a thousand objects from the world’s oldest Bauhaus design collection will be presented, including the famous teapot by Marianne Brandt, Marcel Breuer’s chairs, the unique paintings by Paul Klee and Lyonel Feininger, and the furniture created by Ludwig Mies van der Rohe.

Besides, in March in Weimar Bauhaus masterpieces can be seen on 11 local sites. On May 18, the only surviving Bauhaus building in the city will be opened after the restoration. The Haus am Horn was designed by Bauhaus’s teacher Georg Muche for the art school’s first exhibition in 1923. This building was to demonstrate the principles of the new aesthetics of functionalism. The building is included in the UNESCO world heritage list; the changes made by the residents of the house were removed, and everything returned to its original appearance. The building of another new Bauhaus museum, located in Dessau, has already been completed. It represents a construction of concrete, glass, and steel, built by the young Barcelona-based Addenda Architects. The architect was selected through an open competition of 831 projects. Temporary art exhibitions and events will be held on the ground floor overlooking the park, and a closed “black box” on the top floor will house a permanent display of items from the Bauhaus collection. The museum will start its work on September 8.