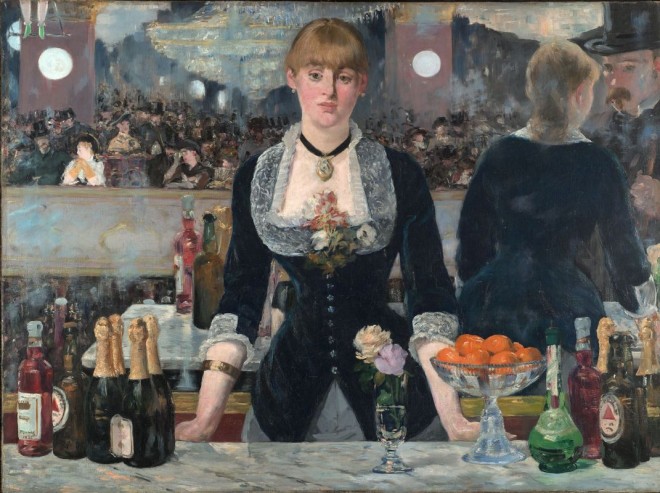 The retrospective of Leonardo da Vinci in the Louvre, dedicated to the 500th anniversary of his death, undoubtedly represents the central event of Paris art life in 2019. However, other leading fine art museums of the French capital have prepared a lot of exciting exhibitions for art lovers. While the Courtauld Gallery – one of the leading museums in the UK – is closed for a two-year reconstruction, its priceless art collection went on tour. Until June 17, the Fondation Louis Vuitton in Paris has become a temporary home for the exhibition of selected masterpieces. The Paris art show titled “The Courtauld Collection. A Vision for Impressionism” includes such iconic artworks as “A Bar at the Folies-Bergère” by Édouard Manet, “The Card Players” by Paul Cézanne, “Self-Portrait with Bandaged Ear” – a painting by Vincent van Gogh, “The Dream” by Paul Gauguin and many others.

The Musée d’Orsay – “Black Models: From Géricault to Matisse”

The Musée d’Orsay explores aesthetic, political, social and racial issues at the Paris art show called “Black Models: From Géricault to Matisse,” which will last until July 21. Images of dark-skinned characters in the visual arts can be traced through three key periods: the era of the abolition of slavery in France (1794-1848), a new era of painting until Henri Matisse and the avant-garde of the early XX century, and the modern postwar period.

The abstract art pieces created by the two central figures of German expressionism – Franz Marc and August Macke – became the main exhibits of the temporary Paris art show at the Musée de l’Orangerie. The artists became closer in 1910 on the basis of common interest in French art and, in particular, to Cézanne, Van Gogh, Gauguin and fauvism, which they discovered during their stay in Paris. The art exhibition titled “Franz Marc / August Macke. The adventure of the Blue Rider” will be open until June 17. It follows the work of both painters to their death in 1914 during the First World War.

The Musée Marmottan Monet – “Oriental Visions. From Dreams into Light”

At the same time, the Musée Marmottan Monet presents the Paris art show called “Oriental Visions. From Dreams into Light,” which will last until July 21.

It consists of about sixty paintings borrowed from leading public and significant private art collections such as those of the Louvre, the Musée d’Orsay, the Thyssen-Bornemisza Museum in Madrid, the Rijksmuseum in Amsterdam, and so on. Curators trace how the energy of Napoleon’s conquests inspired European artists to travel to the East, and how this “school of travel” brought new knowledge in the field of architecture and decorative art, as well as accelerated the emancipation of color. It gradually began to get rid of photographic accuracy, and thus the East played a role in the birth of abstraction. This art exhibition represents an excellent opportunity to discover some little-known aspects of the emerging modernism.