Round four of the Tudor United SportsCar Championship featured the new series’ debut appearance at one of North America’s most revered tracks. Hewn from the Monterrey, California hills in 1957, hallowed by legendary drivers, and immortalized in recent years by Playstation, Mazda Raceway Laguna Seca commands respect from fans and drivers alike. The May 4 Tudor United SportsCar Championship Continental Tire Monterey Grand Prix marked a return to routine for the series competitors after round three’s split-ticket weekend in Long Beach with the Indy Racing League. The Monterrey race program featured the return of the professional/amateur Prototype Challenge (PC) and GT Daytona (GTD) classes, which had been forced to sit out the Long Beach round due to the extreme confines of Long Beach’s tight street circuit.

A world removed from the city streets of Long Beach, Laguna Seca’s 2.238-mile, 11-turn road course is renowned for its demanding mix of high-speed sweepers, tight hairpins, and dramatic elevation changes. Highlighted by the six-story drop of the turn 8 complex, better known as the “Corkscrew,” Laguna is a dynamic track that demands equal measures of engine power, handling finesse, and traffic skills.

Although Laguna’s wider run-off areas and track shoulders permitted the safe return of the PC and GTD teams, the total length of the Monterrey course barely exceeded that of Long Beach. As a result, series officials elected to run the pro-am driver teams of PC and GTD and the all-professional Prototype (P) and Grand Touring Lemans (GTLM) feature as separate events.

The PC and GTD race was the first to take the green flag. Having been forced to watch news of series developments as idle observers since the March 15 Mobile 1 Twelve Hours of Sebring, the pro-am teams were eager to resume their championship duels. During PC qualifying, the No. 09 8Star Motorsports ORECA FML09 of Bruno Junqueira and Duncan Ende took pole position within its ten-car class of identical (“spec”) racing machines. Among the GTD competitors, the No. 45 Flying Lizard Motorsports Audi R8 LMS of Spencer Pumpelly and Nelson Canache, Jr. topped 21 class rivals to lead the production-based sports cars under the green flag. Race action in the PC class followed recent Tudor series precedent with nose-to-tail competition and a tight margin of victory. On a day that witnessed no fewer than five PC cars finish on the lead lap, the No. 8 Starworks Motorsports FML09 of Mirco Schultis and Renger van der Zande proved to be the class of the field. The Starworks Motorsports entry, which qualified second behind the No. 09, achieved a winning balance of seamless pit stops, rapid race pace, and a penchant for avoiding the collisions and off-track excursions that beset several of their rivals. While the Starworks car cruised to a comfortable twelve-second winning margin, the GTD race concluded with the most dramatic final lap of any class contest in any Tudor series event so far. Following a start from the class pole, the No. 45 Audi R8 LMS exhibited an equally formidable race pace. However, the close competitive balance of the GTD class meant that rivals remained close throughout. In order to preserve track position, the No. 45 Audi abstained from a late fuel-only pit stop when principal rival Leh Keen in the No. 22 Alex Job WeatherTech Porsche 911 pitted for a fill-up.

Pumpelly’s No. 45 started the final lap with a robust twelve-second lead over its pursuers but with a fuel gauge indicating an empty tank. The No. 45 continued to run on trace gasoline in the fuel line until its V-10 died dramatically at the base of the Corkscrew. Pumpelly struggled to maintain momentum as he approached the final turns, but the No. 94 Turner Motorsport BMW Z4 of Dane Cameron and Markus Palttala passed the coasting Audi in Laguna Seca’s final turn. No. 45’s misfortune did not in any way diminish the magnitude of the BMW’s win; despite starting tenth in class, No. 94 already had battled its way to second before inheriting first place. The second heat of the day’s double-header featured the series’ mainstays in the P and GTLM classes.

Fans who watch news of modern motorsports will be familiar with the term “competitive balancing.” Following three consecutive P class wins by Daytona Prototype coupes in the first three events of the season, IMSA, the body that governs the Tudor series, decreed technical changes be made in order allow the Lemans roadsters of the P class to compete on more even terms.

Although both the coupes and roadsters compete in the P class, each had been “grandfathered” into the merged Tudor series from the formerly separate Grand-Am and American LeMans Series, respectively. As a result, the 2014 season will see the use of ongoing “competitive balancing” of the technical rules in order to equalize the performance of these mechanically dissimilar cars. The adjustments issued before the Laguna Seca event were designed to allow the roadsters to better leverage their superior aerodynamic grip and cornering prowess against the greater speed and power of the coupes.

The changes made an immediate impact. The No. 2 Extreme Speed Motorsports HPD-ARX 03b of Ed Brown and Johannes Van Overbeek took the first Tudor series pole position for the roadsters and followed this performance with a winning race effort. The No. 2 led home a train of four pursuing coupes, all of which remained on the lead lap.

Besides the impact of the rule adjustment, another factor in the No. 2’s success was the dynamic demands of the tortuous Laguna Seca circuit. The coupes appeared to be stronger early in the race and immediately after pit stops, but the combination of their higher weight and Laguna’s tire grip demands saw the more agile No. 2 roadster gain strength during the terminal phase of the race.

With 15 minutes to run, the No. 2 took advantage of a momentary slide off the racing line by the No. 10 Wayne Taylor Racing Corvette-Dallara Daytona Prototype driven by 22 year-old Jordan Taylor. After encountering debris on the exit of turn two, the No 10 drifted wide just long enough for the pursuing No. 2 HPD-ARX of Van Overbeek to make its winning pass.

The GTLM race featured another pole-to-podium win for the No. 3 Corvette Racing Chevrolet Corvette C7.R of Jan Magnussen and Antonio Garcia. The small block-powered yellow coupe never left the field for dead, but its commanding race pace and consistent leader’s margin suggested Magnussen and Garcia had plenty of speed in reserve should any rivals attempt a challenge. Behind the No. 3, an intriguing battle developed between the No. 55 Rahal-Letterman Racing BMW Z4 GTE of Bill Auberlen and Andy Praulx and the No. 555 Risi Competizione Ferrari 458 Italia of Pierre Kaffer and Giancarlo Fisichella.

Despite qualifying fifth in class, the No. 55 proved to be one of the quickest cars under race conditions, and the BMW set the fastest GTLM lap during its late pursuit of No. 555. The Ferrari, in the hands of ex-Formula 1 star Fisichella, emerged as a surprise challenge to both the BMW and the winning Corvette. The Ferrari and BMW waged a heated but clean duel for second place until the closing laps, and both finished within ten seconds of the class winner.

The Tudor United SportsCar Championship resumes on May 31 at the Chevrolet Sports Car Classic on the Detroit-Belle Isle circuit in Detroit, M.I. 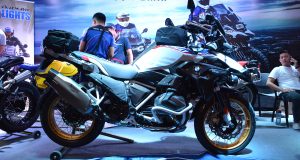 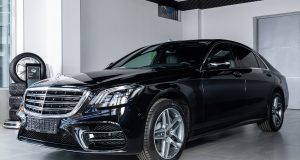 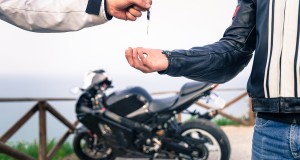 Decided to Buy a Motorcycle Online? Use These 5 Tips