The Holy Apostles Peter and Paul in Art

You are here: Home » Antiques » The Holy Apostles Peter and Paul in Art

Today, on July 12, the entire Russian Orthodox Church celebrates the Holy Feast of the Apostles Peter and Paul, which is also known as the Solemnity of Sts. Peter and Paul. These two greatest Apostles are considered the most important leaders of the early Christian Church, who, according to the common belief, were martyred under the Roman Emperor Nero in the same year. For today, there are so many different depictions of Sts. Peter and Paul, from antique Russian icons to works by the world-known artists, which can be found in museums, churches, and monasteries throughout the world. In this blog post, we have compiled a list of some of the most interesting and famous paintings depicting the Apostles Peter and Paul together. Enjoy!

“Two Old Men Disputing” is one of the most renowned paintings of the Holy Apostles Peter and Paul by the Dutch artist Rembrandt van Rijn. It is currently located in the collection of the National Gallery of Victoria in Melbourne, Australia. 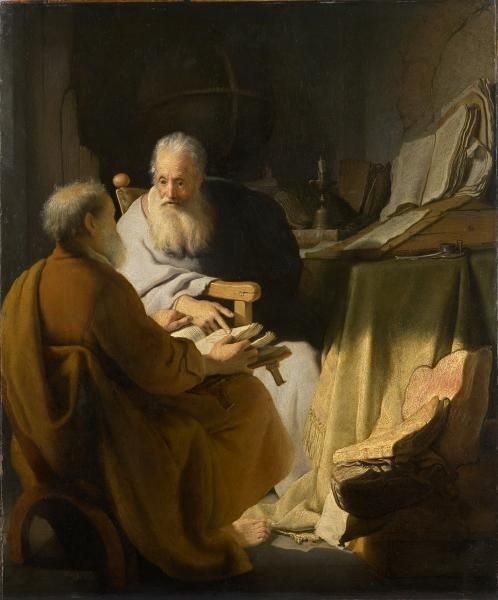 This beautiful oil on canvas work depicting Sts. Peter and Paul comes from a series of almost identical paintings of the two Apostles by the Cretan-Spanish artist El Greco. This one belongs to the collection of the State Hermitage Museum of St. Petersburg, Russia. 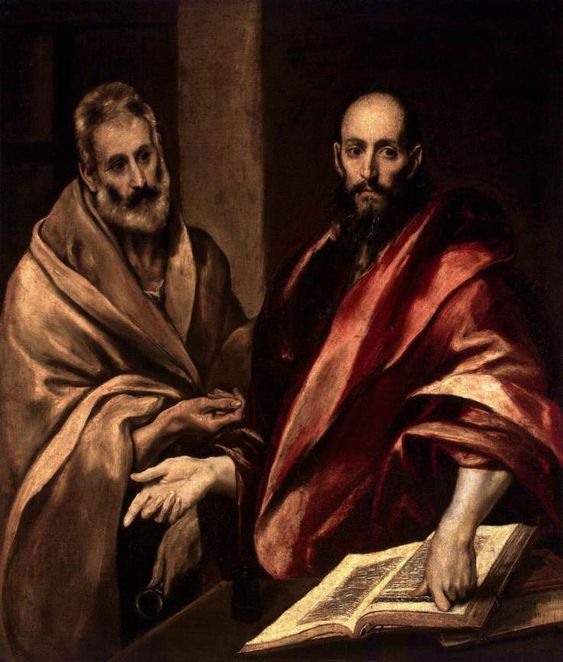 “St. Paul Visits St. Peter in Prison” is a fresco in the Cappella Brancacci in the Church of Santa Maria del Carmine in Florence, Italy. It is interesting that this amazing work by the Italian painter Filippo Lippi was long attributed to another great Florentine artist of the Quattrocento period, Masaccio. 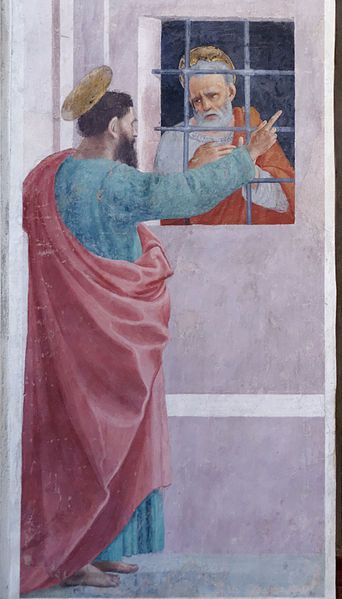 “Saint Peter and Saint Paul” by the Spanish Tenebrist artist Jusepe de Ribera is another famous painting depicting the Holy Apostles Peter and Paul. It is currently located in the Musee des Beaux-Arts de Strasbourg in Strasbourg, France. 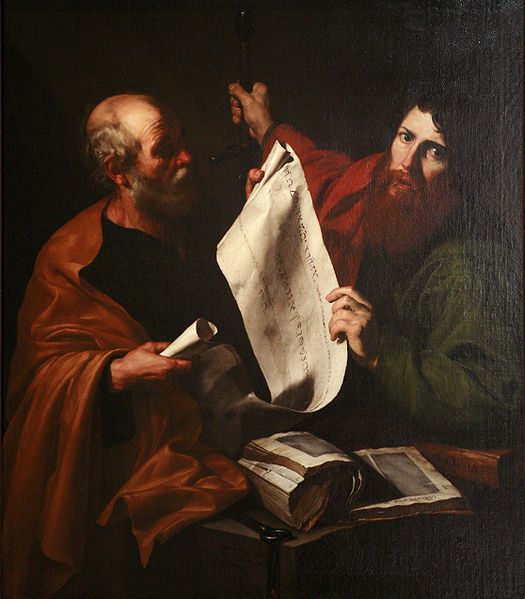 Finally, this list won’t be complete without “Madonna and Child with Sts. Peter and Paul,” a beautiful oil on canvas painting by the renowned Italian Mannerist artist Giuseppe Cesari. The masterpiece is now displayed in the Nelson-Atkins Museum of Art in Kansas City, MO. 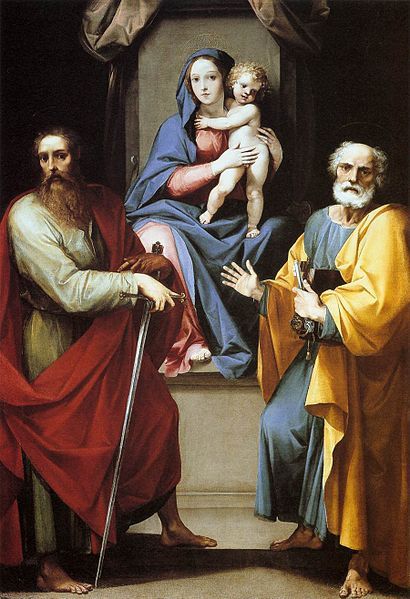