Vienna Art Exhibitions of 2019. Part I

Leading museums and art galleries of the Austrian capital will present several exhibitions until the end of 2019.

The Kunsthistorisches Museum – “Spitzmaus Mummy in a Coffin and other Treasures”

Until April 28, the Kunsthistorisches Museum will host one of the most remarkable Vienna art exhibitions titled “Spitzmaus Mummy in a Coffin and other Treasures,” which was organized by the famous American film director Wes Anderson and his wife, Juman Malouf. It is the largest show in the art museum in terms of the number of exhibits. The Hollywood couple inspected all 14 extensive art collections of the Art History Museum and chose 430 artworks, almost half of which have never been exhibited before. This Vienna art exhibition has no transparent system; it looks more like a collection of rarities of some eccentric Czech count who lived hundreds of years ago. The central place is occupied by a miniature mummy of a shrew in the tomb of the IV century BC the size of a shoebox. The art show space evokes memories of Anderson’s films – “The Royal Tenenbaums,” “The Grand Budapest Hotel, and “Moonrise Kingdom.”

The Albertina Museum this spring attracts viewers with two parallel Vienna art exhibitions consisting of the treasures of the Princely Collections of Liechtenstein. Both expositions are dedicated to the 300th anniversary of the Principality of Liechtenstein and will end on June 10.

The first is titled “From Rubens to Makart” and includes more than a hundred of the most important paintings and sculptures from the Royal collection, from early Italian Renaissance to the Baroque period, from the Vienna of the Biedermeier period to the academicism of the era of Hans Makart. The center of this art show, covering five centuries of art history, is the famous painting “The Toilet of Venus” by Peter Paul Rubens. The second Vienna art exhibition held by the Albertina art gallery is called “Rudolf von Alt and his Time.” It focuses on the Viennese watercolors in the period of transition from the Biedermeier to realism. About one hundred of the most beautiful art pieces demonstrate extensive knowledge that underlies the princes’ passion for collecting, as well as give an authoritative overview of the work and the era of Rudolf von Alt.

The Lower Belvedere – “City of Women”

The Lower Belvedere pays tribute to the female artists who made a significant contribution to the Austrian capital’s modernism and artistic trends that emerged after the First World War but then were undeservedly forgotten. The Vienna art exhibition called “City of Women” (open until May 19) revives such names as Elena Luksh-Makovskaya (daughter of the artist Konstantin Makovsky), Marie Egner, Helene Funke, and Erika Giovanna Klien.

The art exposition broadens the view of Viennese modernism and focuses on women who actively helped shape the art scene in the early 20th century. Back then, they were denied art education and membership in the associations of artists, and, consequently, the opportunity to exhibit their artworks. However, some managed to find educational opportunities and build a successful career. They left marks in such art movements as atmospheric impressionism, secessionism, expressionism, kinetic art, and new objectivity.

Previous: Monet’s “Haystacks” Painting to Be Sold at Sotheby’s
Next: Vienna Art Exhibitions of 2019. Part II 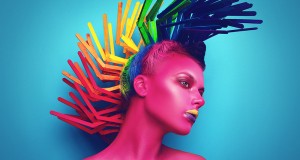 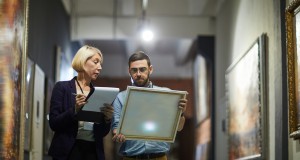