The architectural style of Orthodox churches can differ depending on the period they were built in. However, there are still certain specificities of construction that we would like to discuss in this blog post. First of all, churches in the Orthodox world are the place where believers can feel closer to God, so they should be peaceful and harmonic. The symbolic subtext is another important thing that is always taken into account in church construction.

Orthodox churches are a symbol of the Kingdom of God. They combine three worlds: the world of God, Heaven, and the Earth. For this reason, any temple is divided into three parts that embody this idea. An altar is a sacred place of domination of God, the central space of a church is the angel zone meaning the place of spiritual state, and the narthex, which is the entrance area opposite the altar, symbolizes earthly existence.

The form and division of space

Orthodox temples are always oriented by the altar side to the East and by the narthex to the West. They usually have the form of an elongated quadrangle, with a small protrusion from the entrance side and the semicircular ledge where the altar is. From above, the form of the temple reminds of the cross and the ship at the same time. It is one more symbolic detail because the ship is the ancient symbol of Christianity. It embodies the idea of the sacred place among the raging waves where you can be safe and find the right way despite the adversity of the surrounding world. 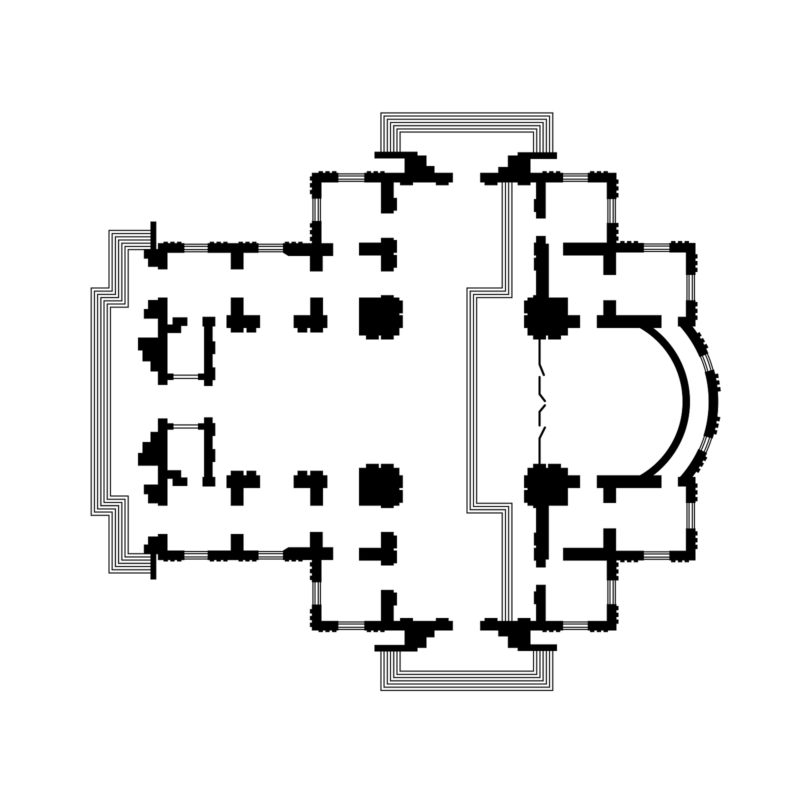 The parallel with the ship is very important because it determines a lot of architectural elements and principles of temple building. For example, the central space is divided into three parts called naves. It is believed that the word “nave” means the “ship” in Latin. Each nave stretches from the narthex and finishes with the semicircular apse. Naves are crossed with the transept, a perpendicular space, which makes it look like a cross from a height.

The altar is the most sacred place in the Orthodox churches. Only priests have access to this part of the church, as it is closed off from the parishioners with the iconostasis. It is one of the distinctive features of the Orthodox temples in comparison with the Catholic churches. The latter have quite a low altar partition. 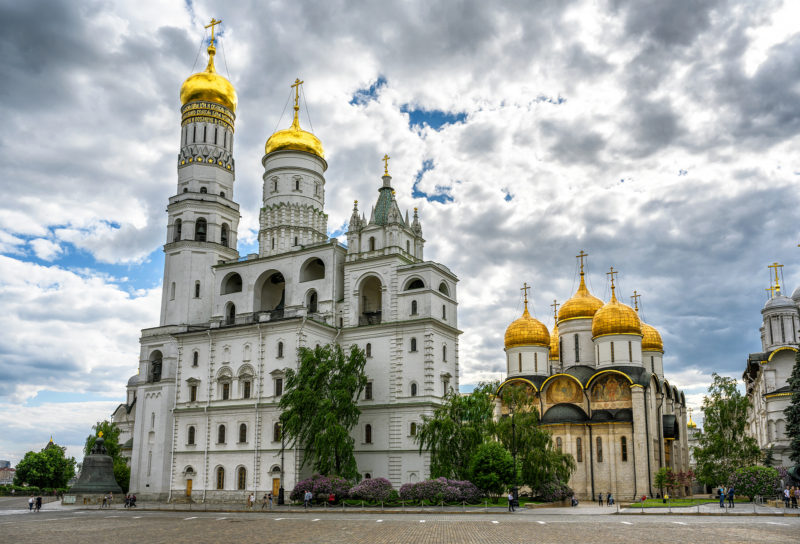 Another specific element of Orthodox churches is a dome that is dominated the central part of the church. The number of domes can vary, and this number has a specific meaning. One dome symbolizes the unity of God, two domes mean two natures of Christ, three domes stand for the Holy Trinity, four domes mean Gospels and cardinal points, five domes mean Christ and Evangelists, seven is the number of sacraments of the Church, Ecumenical Councils, and virtues, nine domes stand for the number of angel ranks, and thirteen domes symbolize Christ and the Twelve Apostles.

Orthodox churches may look very different, but they always have the same elements that are rooted in the history of Christianity and have a deep symbolic subtext.