“The Face of Russian Women” by Aleksandra Povelikina

You are here: Home » Art & Culture » “The Face of Russian Women” by Aleksandra Povelikina

Even 150 years ago, a woman artist was not taken seriously in art. Think, for example, of Camille Claudel, Rodin’s lover, who remained in the shadow of a man for the rest of her life, although she was not inferior to him in talent. The new times boast a greater capacity for women to express themselves in the arts thanks to feminist trends. Feminism has had such a powerful influence that it has developed into a separate art movement – Feminist art.

Aleksandra Povelikina is a Russian digital artist in exile because of the war, and a young representative of this trend. In this article, we would like to talk about her new series of works “The Face of Russian Women” and its connection to mythological subjects, as well as its relevance to women around the world.

“The Face of Russian Women” by Aleksandra Povelikina

In the paintings, we see contoured naturalistic yet minimalistic images of women’s hands with a little commentary on them, names, and ages. We are not told the whole story, we can only guess what else was behind the lives of those women. Remarkably, if we take apart the names of each of the works, we see Nadezhda, Vera, and Lyubov – the original Russian names translated, respectively, as hope, faith, and love. The fourth in this row is the artist’s name, which demonstrates her reflection on her identity as a Russian woman with the same cultural code, and perhaps inheriting a complex fate. 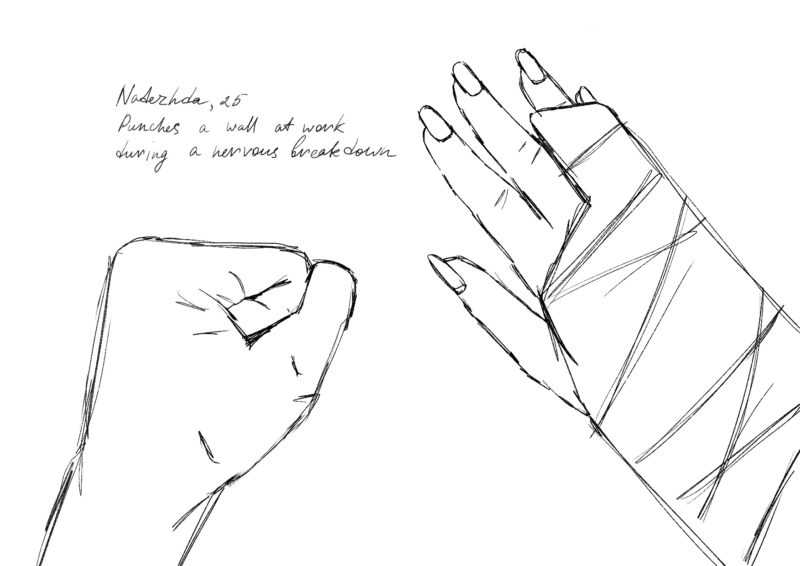 In her conceptual project, Aleksandra conveys her view of the image of a woman in Russia. In traditional society, it is common for women to attribute weakness, not only physical but also moral and ethical, which Simone Beauvoir explored 70 years ago. This perception persists in Russia on many levels. Although gender equality was proclaimed in the Soviet Union, women were still a less protected social group and busier with household problems for the same workload.  As a result, Soviet discrimination against women has undergone changes in modern Russia but has remained a kind of shadow discrimination. Shadow discrimination against women at the societal and political level is expressed in the social pressure, the lack of practical equality of rights, as well as lack of demographic policy for women, attributing to them the exclusive functions of mothers and housewives. 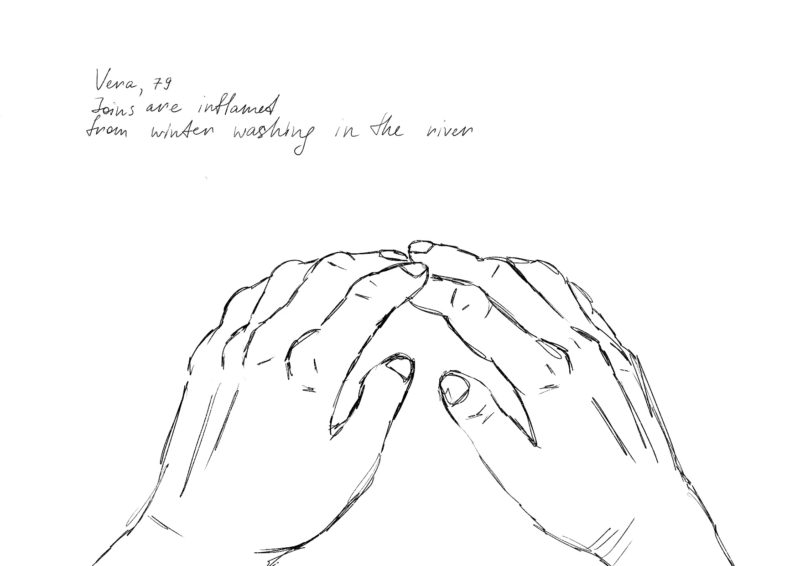 In Aleksandra’s work, although a “face” is stated, we only see women’s hands. This is precisely a reference to the concept of the mistress, actively enforced from social and legal sides. The hands also reflect the concealment of very explicit problems in Russian society and the literal impersonality of women. Hands appear more eloquent than faces that often have to hide their feelings.

It is noteworthy that the hands of women of different ages, faced with problems relevant to their time, are represented. The oldest one deals with harsh living conditions, the mature one deals with abusive behavior in a time when it was not yet spoken about, and two young girls deal with the problems that are relevant to people of today of either sex: work burnout and emigration. So these works become part of the representation of women’s experiences not only in Russia but all over the world. 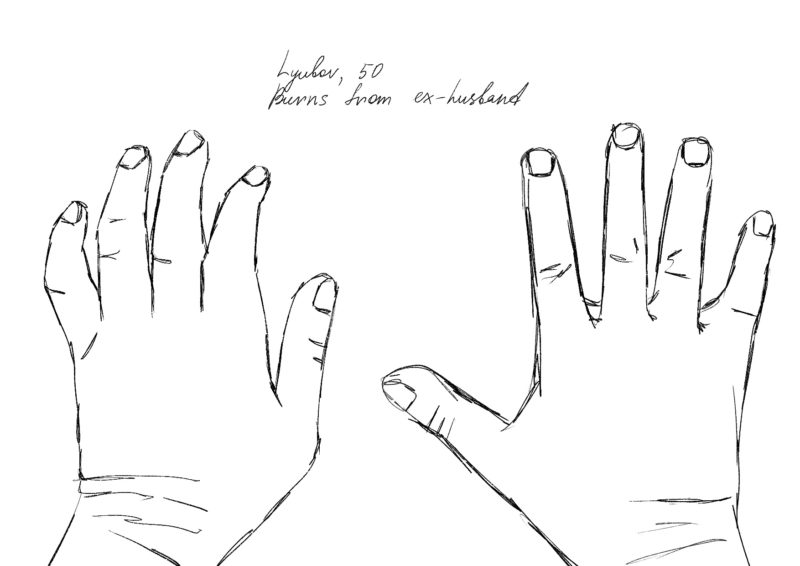 We would also like to say a few words about the form, which gives a distant association with the traditional Russian lubok art. It was usually a small, brightly colored image with a folkloric subject and a minimum of text, which played the role of moral teaching and sometimes of a protest. Aleksandra reinterprets the traditional genre into a graphic image with commentary, a small format but also a protest against the belittling of women and their association with defenseless and weak creatures. 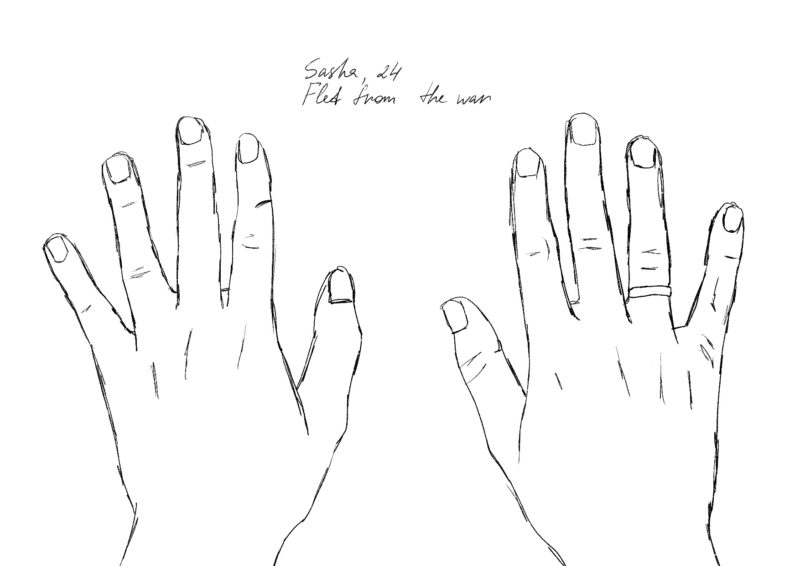 The four paintings are linked by the leitmotif of human confrontation with the forces of nature. This association transforms the subjects from household to almost mythological, as well as alludes to the ancient notion of the chthonic origins of women and their association with natural phenomena. Such motifs are used explicitly to refer us to one of the theories of the origin of misogyny. According to it, in our collective unconscious, there is an ancient image of a woman as a mystical and terrible creature that appeared to ancient man, whose physiological features brought it closer to nature.

In this particular case, the heroines are not part of the natural phenomena but fight against them, which brings them closer to the image of mythological heroes. This is an important detail of the shift in the archaic story of a woman from the position of a chthonic force to the position of a heroine opposing this force. Traditionally, these were men who were the heroes in mythological stories. Thus, a woman now finds herself a fighter for life and justice in a dangerous world populated by monsters.