Three Most Famous Allegory Paintings Ever

You are here: Home » Art & Culture » Three Most Famous Allegory Paintings Ever

Realist paintings are complicated and require high skills from the artist. However, their meaning is more obvious as compared to allegory paintings. The latter need more imagination from the painter, subtle sensation, and the feeling of the artistic line.

Allegory paintings were very popular from the Renaissance period to the mid-19th century. They combined beautiful portraits or group compositions and the symbols of an abstract idea. Love, death, age, and justice appeared in the artworks in very different interpretations.

3 Most Famous Allegory Paintings Ever

Allegory of Prudence represents portraits of three men of different ages. The left image is a self-portrait of Titian. The man in the center is his son Orazio, and the one to the right is his cousin Marco. This painting is the allegory of ages and the passage of time, but at the same time, it symbolizes memories of old ages, the intelligence of a mature man, and the foresight of the youth. The head of a wolf, lion, and dog symbolizes prudence. This painting could be a peculiar testament of Titian to his descendants about the dignity and prudence of the generation he wanted to be continued. 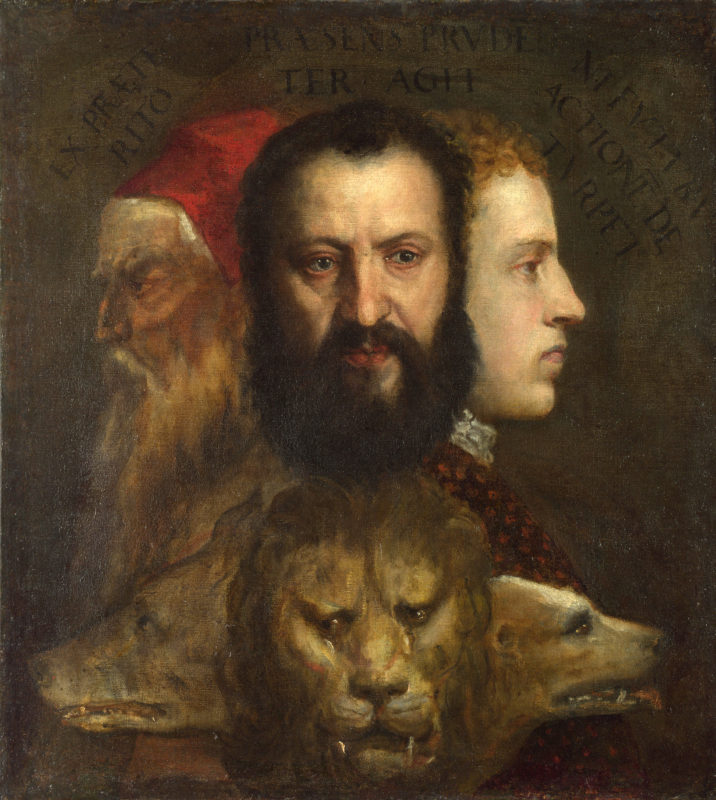 The Allegory of the Faith is a painting by the Dutch artist Johannes Vermeer, which has much in common with his other artworks in terms of visual style. Vermeer depicted an ordinary home interior with simple attributes but added new elements to them, thus changing the room into an allegory space. A woman in the center of the composition is resting her foot on the terrestrial globe; her gaze is turned toward the glass sphere. The painting is full of Christian symbols such as the Crucifixion, a golden chalice, a crown of thorns, an apple, and a snake. At the time of painting creation, the public Mass was forbidden in the Dutch Republic, so this allegory could be interpreted as the “hidden churches” in private homes. Out of this context, the woman in the painting also embodies the idea of the Christian Church, which conquers evil. 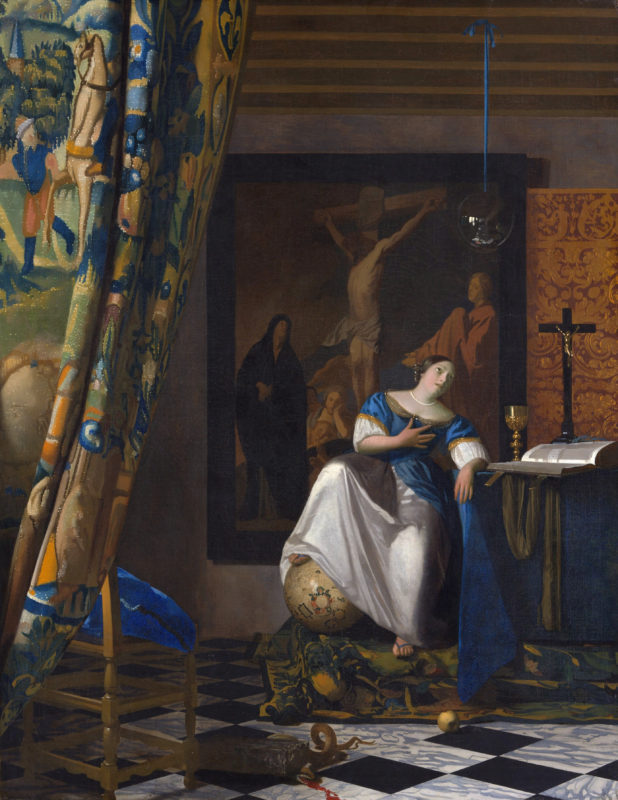 These allegory paintings are part of a set of artworks by the Italian master Giuseppe Arcimboldo. They present profile portraits made from vegetables, fruits, flowers, and plants that are common for a certain season. Spring and Summer are represented as women, and Autumn and Winter are shown as men. Portraits on the dark background are colorful and expressive. Unfortunately, only Winter and Summer survived to this day. Now they are kept in the Kunsthistorisches Museum in Vienna. 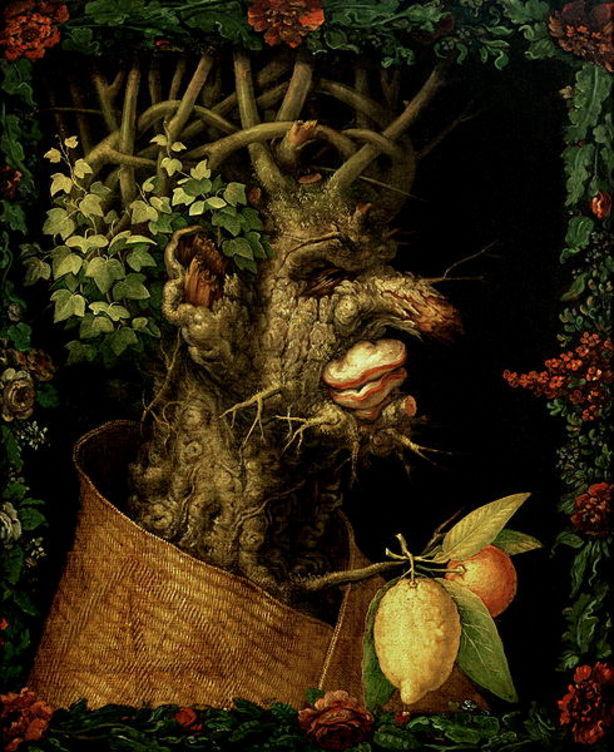 Allegory paintings of any time are an interesting phenomenon that reflects the period, ideology, and social and individual worldviews of artists. Take a look at these works, and maybe, you will find your own meaning hidden in the symbols and details.