Linear Perspective, or How 2D Shapes Turn into 3D Objects

You are here: Home » Art & Culture » Linear Perspective, or How 2D Shapes Turn into 3D Objects

Have you ever wondered how a 2D drawing transforms into a 3D one? Nowadays, people are used to seeing paintings that have length, breadth, and depth, but it wasn’t always like this. In ancient Egypt and Byzantium, painters were so keen on the idea of flat figures that they refused to use linear perspective when Filippo Brunelleschi demonstrated its effects in 1413. In this sense, Renaissance art became a truly magnificent period in the history of art. Thanks to artists of that time, now we can enjoy three-dimensional objects in pictures and not even shapes. Let’s define it.

Linear Perspective, or How 2D Shapes Turn into 3D Objects

To start with, a perspective in fine art is the visual representation of objects and spaces in a work of art. In other words, it is the point of view, the way you see the environment and its objects. Linear perspective is a system of techniques that help artists create an illusion of depth on shallow or flat surfaces. To be more specific, such a perspective doesn’t really create the third dimension; it only imitates it. The most important thing about it is that it works fine. 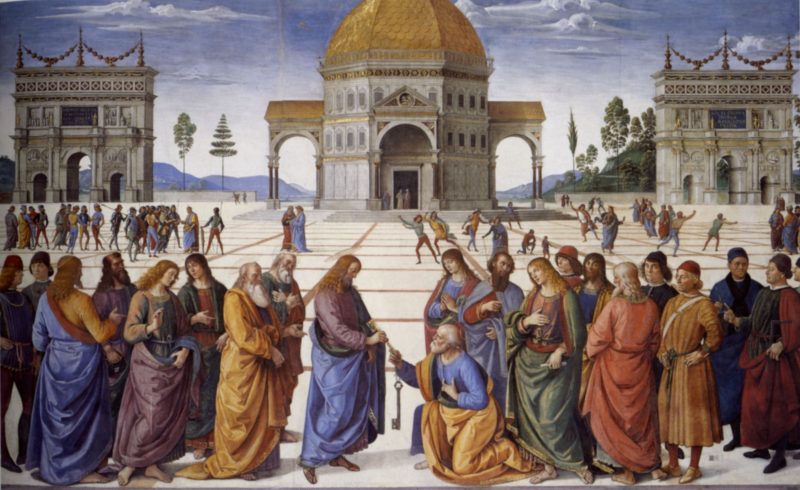 There are three main types of linear perspective: one-point, two-point, and three-point perspective. The difference lies in the number of vanishing points along the horizon line. If you are familiar with the concept, you can easily distinguish the different blocks in a painting. They are always on different levels. Depending on the complexity of a piece, it takes time to understand the mathematics of art and how it is arranged.

After the emergence of a new pictorial perspective, the world started to shift to new forms of painting and drawing styles and techniques. With time, three-dimensional art overthrew two-dimensional art and became the basic technique for further generations of artists.