Pictorialist photography was an art movement that appeared in the 1880s and existed till the 1920s. Pictorialist photographers were inspired by the work of Pre-Raphaelites, impressionists, painters of the Barbizon school, and Austrian symbolists, as well as French Art Deco and German Jugendstil.

The purpose of pictorialist photography was not to refute academic principles or prove the benefits of the new methods. Pictorialist photographers sought to recreate painting aesthetics in photography. They usually repeated plots and compositions of notable paintings by impressionists and Pre-Raphaelites. The main features of Pictorialism were blurred images and contours creating the haze effect. These works reminded of charcoal and watercolor drawings. Such effect was achieved due to special lenses, the use of light-sensitive silver salts, a bromoil printing process, and some other techniques. Photographers tried to emphasize their works uniquely by customizing each negative, marking prints with monograms, and designing with passe-partout and frames.

The British photographer Peter Henry Emerson was one of the pioneers of the movement. When developing the concept and artistic tools, he used Hermann von Helmholtz’s theory of visual perception and attention, suggesting that a human eye can focus on just the central part of the image while the periphery remains blurred. 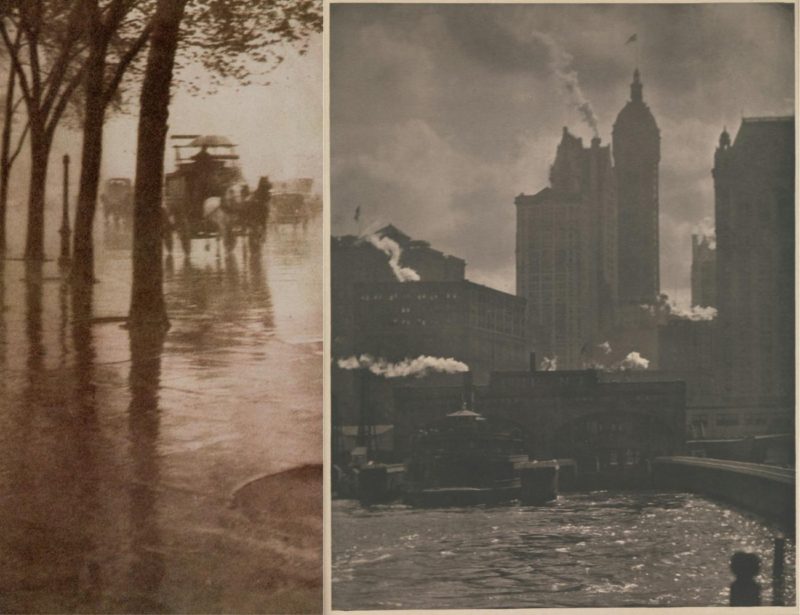 Pictorialism was especially popular in the United States and the countries of Western Europe, such as France, Great Britain, Germany, and Austria. Among the notable European pictorialist photographers were Heinrich Kühn, Frederick H. Evans, Robert Demachy, and Peter Henry Emerson. In the US, the art movement was developed by Clarence H. White, Edward Steichen, Alfred Stieglitz, and some other photographers. The latter was one of the most significant and influential figures in early 20th-century photography. It was thanks to Alfred Stieglitz that the Metropolitan Museum and other art institutions in America started to collect photography as an independent art form.

Pictorialism is a very interesting photography movement that had magnificent effects. However, it didn’t last long because its representatives tried to erase the line between painting and photography, which should exist. Photography is a separate form of visual art, with its own characteristics and features. Its uniqueness is in its difference from painting, but that doesn’t change the fact that pictorialist photography allowed artists to discover and demonstrate the new breadth of artistic tools and expression. It is no wonder that Pictorialism has its admirers to this day.