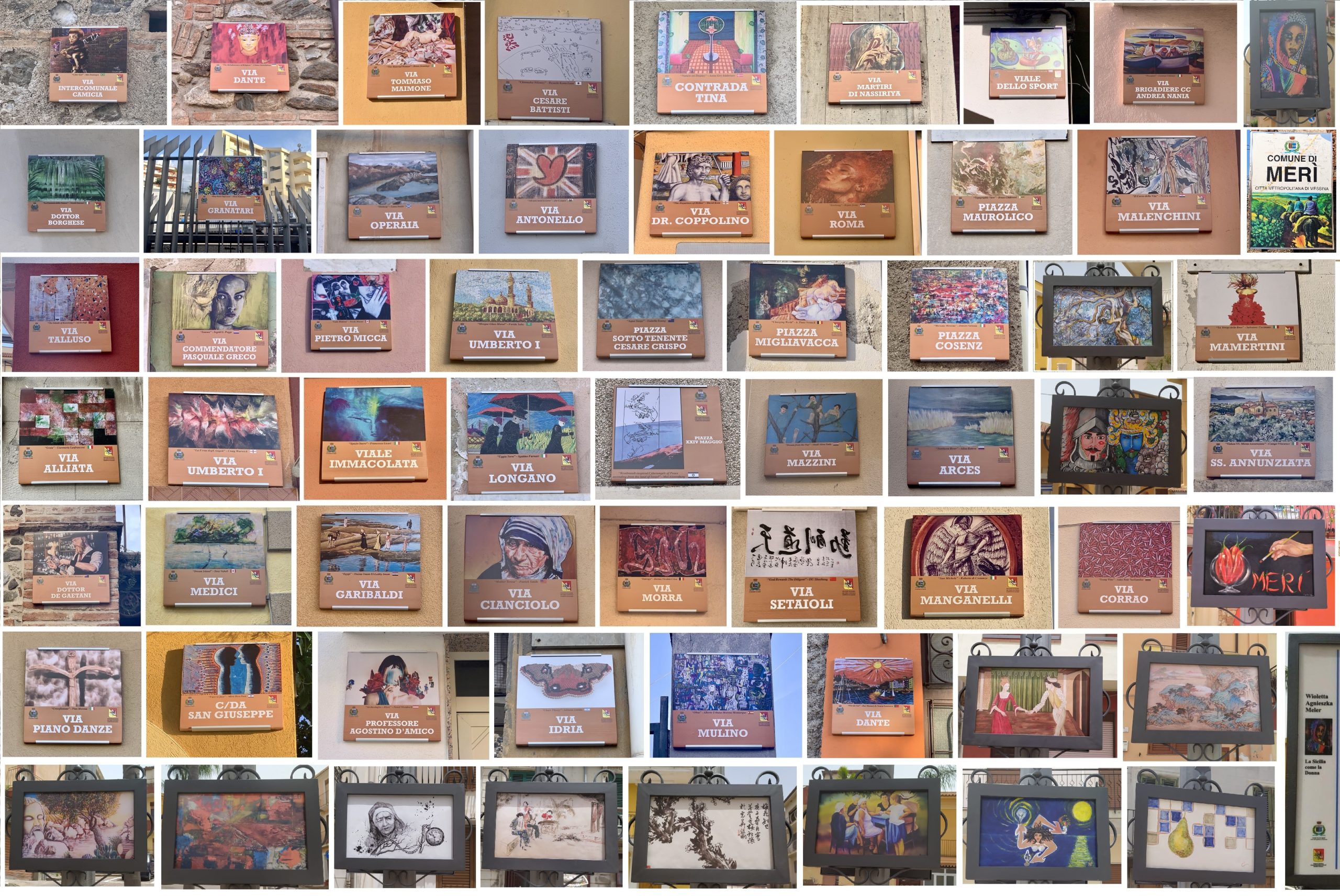 Art has a unique potential to change people’s lives by giving them a medium for consuming aesthetics and beauty. Sometimes, though, the changes are not individual but rather public ones. Take, for example, a group art project called “Timeless Immortal Art,” where sixty talented artists from around the whole world have transformed the small Italian town Merì into an open-air art museum. By taking the aesthetics to the next level, the group alters the way people conceive art within an urban context. 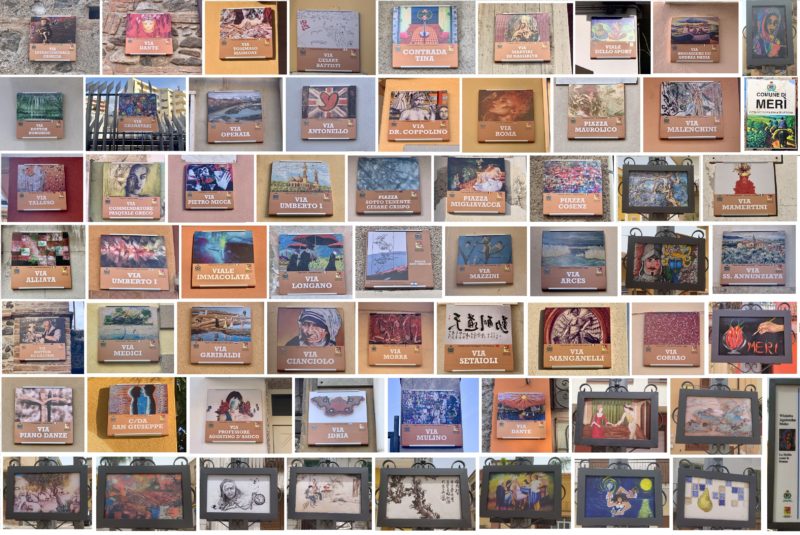 The renovation of the town was negotiated and approved by the local government. Locals expressed the desire to breathe new life into the place and thus relaunch the territorial image of their village. The group of artists replaced the town’s plaques on the walls with terracotta tiles, each representing a singular cultural footprint of a contemporary artist. From now on, the streets and squares will adopt the names of those sixty artists. Lilivet Peña Echemendía, Craig Warwick, Lorenzo Chinnici, Ildo Domingos, Lu Meithem, Helen Mortimer, and many others will receive a gift of immortality as they will be remembered as long as Merì is safe and sound.

What does this fascinating group art project show us? Without a doubt, “Timeless Immortal Art” is the epitome of progressive teamwork and collaboration. It is rare to see that so many distinct artists join forces to make a difference and declare the omnipotent power of fine art and aesthetics. Merì is not the final point of the project. Artists are planning to transform one more town in China and then other places in the world. It will allow them to spread the influence of the group art project and reach a wider audience.

If you happen to be in Italy, make sure to pay a visit to the picturesque village of Merì, a small yet authentic art capital with streets filled with colorful artworks. Good luck!